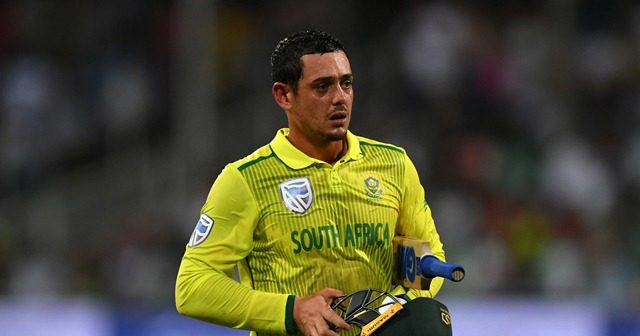 Every SA player made some valuable contributions to secure the series win against West Indies. Some of them stood out throughout the series. The top 3 performers are as follow:

During the series, Quinton De Kock performed exceptionally well to help his team win the match. He continued his spectacular form in the Test series into the T20I series. Moreover, he managed to score three consecutive fifties and finished the series as a leading run-scorer.

De Kock made 255 runs in five matches at a good average of 51. He also recorded 10, 000 runs in his International career during the series. South African captain Temba Bavuma would probably be impressed by his star wicket-keeper batting form as an opener.

Bowling all-rounder George Linde has a phenomenal series against the West Indies. He picked up six wickets in five matches at a good economy rate and kept the opposition batsmen under pressure.

He also formed a successful partnership with Tabraiz Shamsi to dismiss explosive batsmen in the West Indies batting line-up. It was a remarkable start to his international career as he impressed everyone during the series.

Number one T20I bowler Tabraiz Shamsi performed brilliantly against West Indies. He maintained his form throughout the series. Across five matches, he gave away just 80 runs against the Indies. His left-arm spin bowling attack often left the West Indies players dumbfounded. He exposed the weakness of his opponents in playing spin and took complete advantage of it.

Power hitters of the West Indies team failed to tackle the bowling attack of Shamsi and Linde. They kept the run rate high for WI batsmen throughout the series and took important wickets. Their performance led South Africa to a significant victory against the current T20 World Cup holding team.

Tabraiz Shamsi deservingly received the Player of the series award.