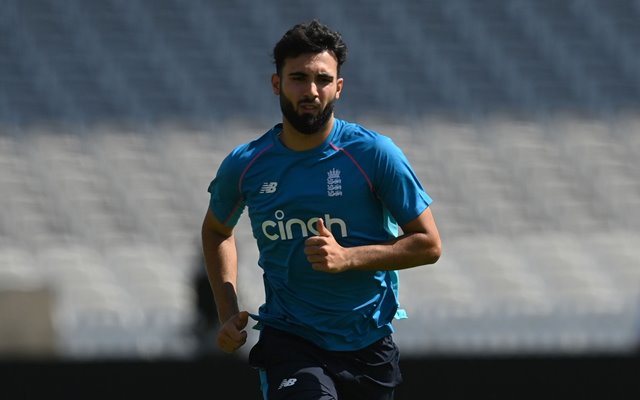 England pace bowler Saqib Mahmood is having a dream run in 2021. After impressing one and all in the limited-overs series against Pakistan, the 24-year-old now expressed his desire to play in the red-ball format. Mahmood was one of the players added to the squad for the Headingly Test against India.

With concerns over Mark Wood’s, Mahmood might get a chance to don the whites for England. He said the Test format is the pinnacle and the five days of cricket is real graft where taking wickets is crucial.

"A Test cap would mean so much more than anything else. For me, it’s still the pinnacle, and if I had to play just one format for England, it would be Test cricket. It’s five days of real graft. I’ve not played in a five-day win yet, but there’s nothing like a four-day victory with Lancashire going down to the last session."

"You’ve got a ball in your hand, and you have to take wickets. We had a Roses win this season, and that was the best day I’ve had on a cricket field. If I’m ever able to do that in an England shirt, it would be amazing," Mahmood said as quoted by The Daily Mail.

Mahmood has played only 22 First-Class matches for England but is ready for the challenges if he gets to make his Test debut. The 24-year-old said he has been preparing to play Test cricket from a young age, adding that he is ready to take whatever criticism comes along the way and learn from it.

"From a young age, I’ve been preparing. Test cricket is the hardest form of the game, with the level of scrutiny. I remember my old bowling coach Kevin Shine always used to look at my technical stuff, and there was a time when I was almost over-technical. I would ask about everything in my action, and he asked why."

"I said that if I ever play Tests for England, which is what I want to do, and a guy in the TV studio is ripping my action apart, I want to know whether I should ignore their advice or learn from it. It’s impossible to know whether I’m ready for Test cricket before I’ve played, but this is the best position I’ve been in to potentially play, and I feel more ready now than (I was) a year ago," he added