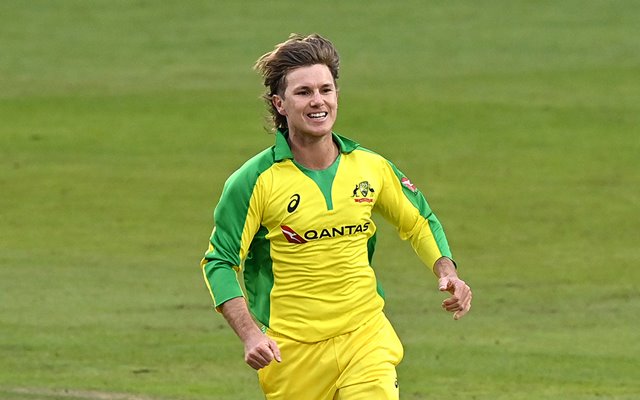 Leg spinner Adam Zampa and pacer Josh Hazlewood have gained significantly in the ICC rankings for bowlers in the T20Is. The former took 13 wickets, and the latter finished with 11 wickets in the recently concluded 20-20 World Cup. The duo’s efforts helped Australia beat New Zealand in the finals of the showpiece event.

Zampa proved why he is considered one of the best leg-spinners in the shortest format. He not only took wickets but was also economical in the middle phase of the innings. Such was his dominance on the slow and low UAE surfaces that left-arm spinner Ashton Agar was not needed in the playing XI often. Skipper Aaron Finch lavished praise on the star leg-spinner and said he was by far the best bowler. Zampa’s phenomenal performance in the global event has put him in third position in the rankings.

Meanwhile, Hazlewood stepped up during the finals and finished with three wickets for 16 runs. He was accurate and didn’t give an inch to the batters. With Mitchell Starc not in his elements, Hazlewood delivered for the team by consistently providing breakthroughs for skipper Finch. He is currently fifth on the rankings.

In the rankings for batters, New Zealand’s Devon Conway and Australia all-rounder Mitchell Marsh gained big. The former scored a crucial 46 in the semi-finals against England and helped the team get over the line by five wickets. He is currently ranked fourth on the rankings.

On the other hand, Marsh had a breakthrough season with the bat for Australia. He scored 77 runs in the finals against New Zealand and powered the team to an eight-wicket victory. He is currently placed 13th in the rankings for batters. Marsh was named player of the match in the finals of the 20-20 World Cup.