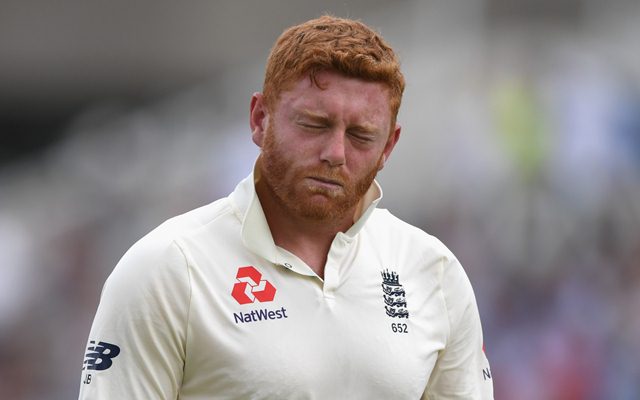 After poor outings in the first two Ashes Tests, England were hopeful of a better show in the Boxing day Test in Melbourne. However, the visitors put on yet another abysmal batting display and were bundled out for just 185. Barring skipper Joe Root, who top-scored with 50, the rest of the batters failed to show application against a relentless Australian pace attack.

Wicketkeeper-batter Jonny Bairstow, who replaced Ollie Pope in the middle order and scored 35 runs, surprisingly blamed the toss for England's shambolic batting performance. Bairstow said the conditions were favourable for bowling and had England won the toss, they would have also bowled first.

“When you look at the toss that obviously didn’t go our way. We’d have also looked to bowl in that first session,” Bairstow said.

Even the change at the top order didn’t yield favourable results for England as Haseeb Hameed and Zak Crawley departed early, managing only 0 and 12 respectively. It was yet again up to Dawid Malan and Root to do resurrection. However, Malan failed to lend a helping hand to Joe Root and departed just before Lunch. Bairstow said Malan's wicket swung the momentum in favour of the hosts.

“Yes, we lost a couple of early wickets but the partnership between Dawid [Malan] and Joe [Root] was really good again. We were naturally disappointed to lose Dawid on the stroke of lunch. It potentially changes things if that doesn’t go down then.”

“We’re still searching for that big score but both teams were looking to bowl first on that pitch this morning with the help of the conditions and a tinge of green.”

Meanwhile, Australia have already scored 61 runs at stumps on Day 1. David Warner is the only wicket to fall for the hosts.