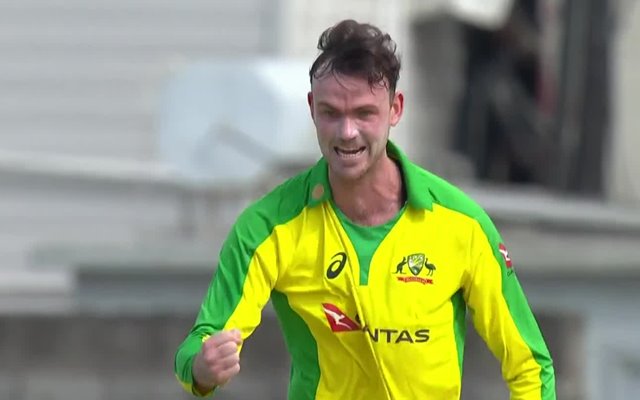 After a decent West Indies tour where they lost the T20I series but won the ODI series, Australia have toured Bangladesh for five T20Is starting from August 3. This is the last chance for the players picked in the squad to impress before the T20 World Cup slated to commence from October 17 in the UAE and Oman. Ashton Turner is one of the players who is keen to impress the selectors, this time with his bowling abilities.

Turner is a decent bet to finish the innings by scoring quick runs in any format. However, he returned to bowl after a long time on the sluggish pitches on offer in the ODI series against West Indies. His off-spin bowling worked well for the Men in Yellow as he picked two wickets in the 14 overs he bowled in the last two matches. Interestingly, it was the most Turner bowled since the 2016-17 Sheffield Shield season.

Also, Turner underwent two shoulder surgeries since then and wasn’t much bowling much until the recent ODI series. He is now hoping to get more chances with the ball as well and wants to seal his place as an all-rounder in the Australia squad for the T20 WC.

“Bowling is something I’ve always loved and unfortunately due to my shoulder injuries I haven’t been able to contribute much in games. It’s been almost two years since my last operation, so I feel as good about my bowling as I have in a long time. Although I haven’t been able to bowl a lot in games, behind the scenes I’ve been working a lot at training and it’s nice in conditions that suited spin bowling and to be another option for the captain.

“Hoping that my bowling workloads can increase from here.Don’t think I’ve bowled eight overs in a game for more than four years…no doubt that will take some time. Feel like I’ve done everything I can over the recent periods and I’m starting to enjoy it as much as I used to,” he said according to ESPNCricinfo.