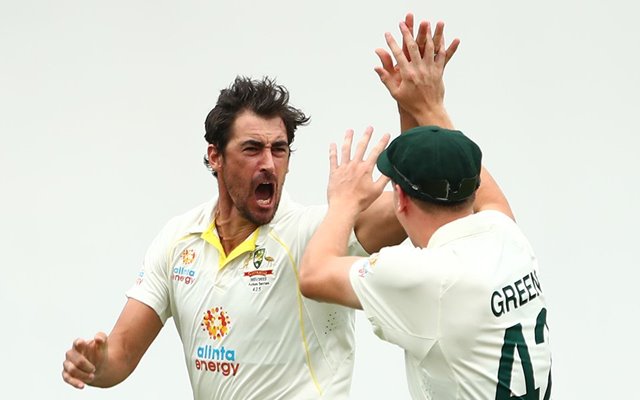 Australia skipper Pat Cummins has revealed his playing XI for the second Ashes Test starting on Wednesday (December 16). There are no major changes in the team, which was expected. However, Jhye Richardson has been included in the team in place of Josh Hazlewood, who has been ruled out of the match owing to a side strain.

Also, there were a few concerns over Australia opener David Warner’s availability for the match due to a blow he sustained on his ribs in the first inning of the Brisbane Test. The southpaw though has recovered in time and will be part of the Pink-ball Test.

Australia started the Ashes with a thumping nine-wicket victory at Gabba. Everything worked in favour of the hosts except the toss. Cummins had a dream start to his captaincy debut as he picked up five wickets in the first innings and bundled out England for just 147. In reply, Warner laid a perfect foundation by playing an aggressive knock of 94.

The visitors managed to come back by getting the wickets of Warner, Steve Smith, and Marnus Labuschagne. However, Travis Head’s game-changing hundred allowed Australia to get a big first-innings lead. England performed well in the second innings on account of Joe Root’s 89 and Dawid Malan’s 82. The visitors though failed to drive forward the momentum and collapsed on the day 4 for just 297.

England would be hoping to make a strong comeback in the Adelaide Test. Head coach Chris Silverwood has confirmed the availability of James Anderson and Start Broad for the second Ashes Test.