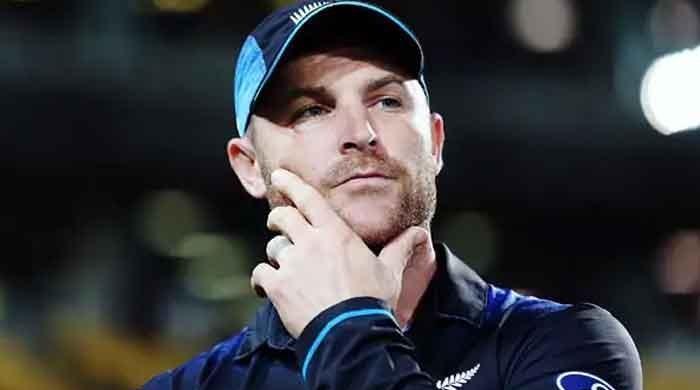 Brendon McCullum, the head coach of the Kolkata Knight Riders, has vented out his anger on his players. His reaction was due to the lack of intent in their game against Royal Challengers Bangalore on Wednesday. KKR faced one of the most humiliating defeats in their IPL history as RCB beat them by 8 wickets. The batting line-up of KKR saw its worst as the players could manage to put only 84 runs on the scoreboard.

For RCB, the match against KKR began with a positive note. They chased the target with 8 wickets remaining. Not just RCB won the game, but they also moved to the second spot in the IPL 2020 points table. Meanwhile, KKR is still standing in the fourth position after the loss. But, after the 40th IPL match between Rajasthan Royals and Sunrisers Hyderabad on Thursday, KKR will lose the fourth position in the table.

Brendon McCullum is not pleased with the KKR players

McCullum said before the game that his team discussed in the dressing room about being positive. He claimed that the players lacked the intent against RCB. An issue they need to solve as soon as possible. The players failed to deliver with the bat in hand, especially the top-order batsmen of KKR. McCullum lamented that no team would win games when its score is 40 at the loss of 6.

“We are still fourth in the tournament, which is very fortunate for us. The destiny is still in our hands. We have to tidy up some of the areas. It’s just that we were very timid in our approach. That’s a bit frustrating because we spoke at length before the game about trying to be positive and show some strong intent. If you are defending 84, you win one out of 150 games. Tonight wasn’t good enough from the batting point of view,” Brendon McCullum added.

McCullum stated the urgency to bounce back to the tournament soon

McCullum added that they have to recover soon as KKR’s next IPL game is in a few days. He said the KKR team has to find a way to deliver better in the upcoming matches. They have to find better outcomes as the tournament gets challenging.

“We had planned that they will hit us with their seamers. Here in Abu Dhabi, it’s been quite useful for the seamers. If you flip it, [Aaron] Finch was trying to walk at the bowlers and trying to ask some questions. Sometimes that’s what you have to do. You have to be creative to get yourself into the game. We have to find a way to enter the game and you can’t be in a situation that we were and expect to win. I don’t think we were able to enter the game at any stage. None of our top-order batsmen were able to get going,” he concluded.