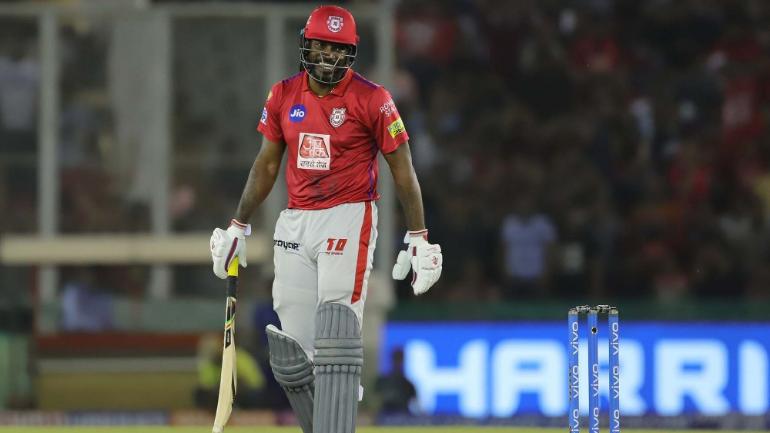 Good news for the fans of Kings XI Punjab, as their wait is finally over. The superstar of the Punjab-based team, Chris Gayle, is all set to create fireworks in the ongoing Indian Premier League (IPL). He is making a comeback after missing the first seven games of his team.

Chris Gayle was benched for the first five games of the IPL 2020. However, he was going to play his first game in the ongoing IPL season against Sunrisers Hyderabad. Sadly, he missed the match as he was suffering from food poisoning. Anil Kumble, the head coach of KXIP, had confirmed the news at the time of the match.

Later, as his food poisoning deteriorated, Chris Gayle had to be admitted to the hospital. As a result, he had to miss the next game of KXIP against Kolkata Knight Riders as well. “The Universe Boss” had even posted a photo from his hospital bed on social media.

On Tuesday, Chris Gayle, at last, confirmed that the wait was finally over. He is good to go and strike on the field. The West Indies star batsman is probably going to play his first match of this IPL season on Thursday (15 October) when his side will face off with his Former IPL team, Royal Challengers Bangalore in Sharjah.

The southpaw additionally gave a timely warning to the various IPL teams as he said KXIP is sure of winning the rest of their seven games in the tournament.

With the return of Gayle to the team, KXIP will be hoping for changes in their fortunes. With only one win from the seven games they have played, KXIP is presently at the bottom of the points table at 8th position. Another defeat will seal their fate in IPL 2020. Hence, they are hoping that the return of Gayle will affect their position in the tournament in a positive manner.