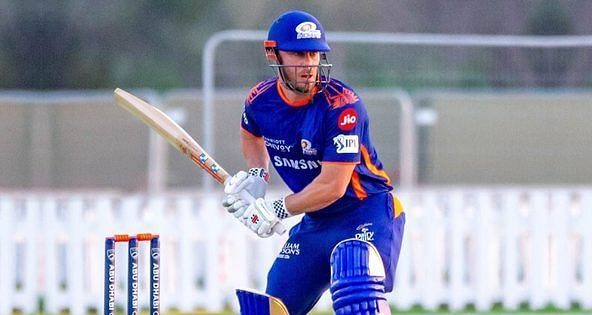 Chris Lynn has requested Cricket Australia to arrange a charter flight to bring players back home after the conclusion of the IPL. Three Australian players have already cut short their IPL season to head back home. RR fast bowler Andrew Tye has already left for Perth, fearing that he may be locked out of his own country in the wake of a COVID-19 surge. Soon after, RCB bowlers Kane Richardson and Adam Zampa also opted out of the tournament, citing personal reasons. But a number of the country's top cricketers, including Steve Smith, David Warner, and Pat Cummins, still remain in India. Cricket Australia contacted all Australia's IPL players on Monday. The officials inquired about the player's health and their travel plans.

India is presently facing a serious problem since COVID-19's second wave. The nation has recorded more than 300,000 cases continuously in the last few days. India's health care system has deformed and cannot meet the requirements for critical patients who require oxygen cylinders.

Chris Lynn disclosed that the Australia cricket board makes 10% of every IPL contract of the Australian players. The batsman reckoned that CA could use the funds for the safe return of the players after IPL 2021 gets over. The 31-year-old is hopeful that the Board will help its players return home safely once the 14th IPL season is completed. Chris Lynn added that he is at ease with the franchise's security protocols and has no immediate plans to leave the country.

Chris Lynn is not a regular face for the Mumbai-based franchise in IPL 2021. The Australian cricketer has just featured in one game so far. He played the tournament opener against Royal Challengers Bangalore. Although the opening batsman scored 49 runs, his knock ultimately came in a losing cause. After the return of Quinton De Kock to the team, Mumbai Indians kept the Proteas wicket-keeper-batsman at the top of the order. It remains to be seen whether Mumbai Indians will offer Lynn some opportunities or continue with De Kock in the top order. The Mumbai Indians have not had an ideal start to their 2021 IPL campaign. The franchise lost 3 out of the first 5 games. The defending Champions are currently 4th in the points table.