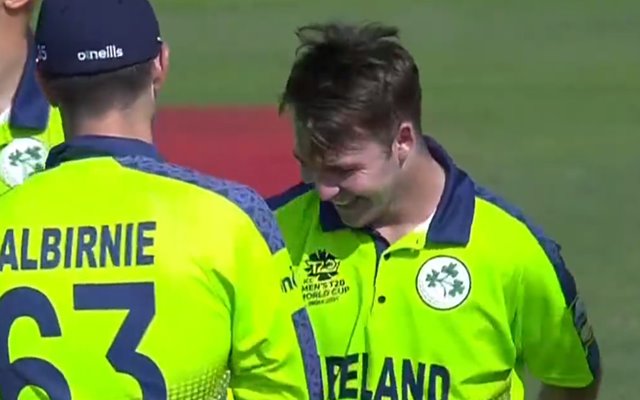 Ireland have got off to a sizzling start in their T20 International Cup campaign, with all-rounder Curtis Campher getting four wickets in four balls in their opening game against the Netherlands. After two early blows, Max O'Dowd and Colin Ackermann were trying to stabilize the innings. The Netherlands started the 10th over at 2-50 but ended it at 6-52 after Campher removed Colin Ackermann, Ryan ten Doeschate, Scott Edwards and Roelof van der Merwe in successive deliveries.

Playing his 5th T20I, Campher joined Sri Lanka veteran Lasith Malinga and Afghanistan leg spinner Rashid Khan in the list of bowlers with four wickers in as many balls. The first scalp was a lucky call for Campher and he strayed down the leg side, only for Ackermann to edge it to the keeper. He was initially given not out but Ireland skipper Andrew Balbirnie decided to review and the umpire had to reverse his decision.

On the very next ball, Campher trapped star batter Ryan ten Doeschate plumb before completing a hat-trick by dismissing Edwards in the same manner, although that too required a review. Already brimming with confidence after becoming the 19th man to complete a T20I hat-trick , the 22-year-old completed a rare double hattrick by shattering van der Merwe's stumps.

The carnage meant that the Netherlands were bowled out 106 in their quota of overs. The Irish were clinical in their chase and won the match by 7 wickets and 29 balls to spare.