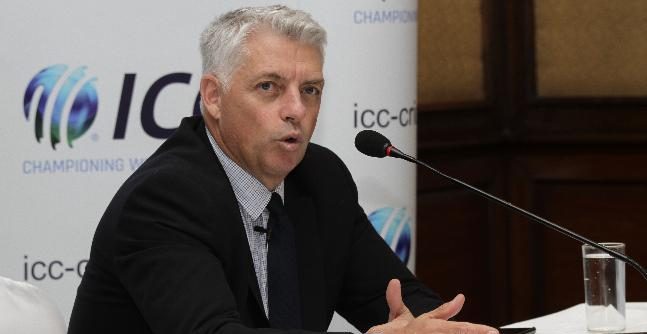 David John Richardson, commonly famous as Dave Richardson, a South African former cricketer, who later became the CEO of the International Cricket Council, proved himself to be the backbone of South Africa after their return to international cricket. He had 42 Tests and 122 ODIs in his credit, with reasonable success. David John Richardson is remembered as the best wicketkeeper after Ian Healy of the early 1990s.

Dave Richardson is born 0n 16th September 1959 in a family of cricketers. His father John was also a First Class wicketkeeper, his younger brother Ralph Richardson was an all-rounder, his son Michael is also making huge strides in the game of cricket.

Richardson replaced Ray Jennings, who was South Africa’s wicketkeeper of choice in the 1980s. Richardson made his entry against the West Indies in 1983-84. He proved his worth and finally replaced Jennings against Kim Hughes in the year 1986-87. He scored 28 and 33 runs and caught 6 catches, after that he never looked back. Richardson remained a permanent fixture as a wicketkeeper for seven years, after South Africa returned from isolation. He proved himself to be a gritty batsman as well; he scored a maiden and only Test century (109) against New Zealand at Cape Town in 1994-95.

What he excelled at?

Richardson was excellent in taking wickets of fast bowlers like Allan Donald, Fanie-de Villiers, and many more. But, he rarely got a chance to keep wickets to quality spinners, and the result is his Test tally read 150 catches and 2 stumpings.

Since the re-entry of South Africa in international Tests and ODIs, Richardson, Donald, and Andrew Hudson played 16 Tests. Hudson could not play his 17 matches against England, and Donald had to miss the 18th, against New Zealand at New Wanderers. It was only Richardson, who had the longest uninterrupted career among these three. He played 38 Tests after the readmission of the South Africa team in Test cricket, and after Boucher’s debut in 1997-98, he played four more Tests. Richardson also registered a King’s pair while playing against Pakistan at New Wanderers. He was bowled by Aamer Nazir, and trapped LBW by AAqib Javed for golden ducks, thus he became the fifth wicketkeeper to score a king’s pair.

His relation with SA team

South Africa could not make for World Cup 1992, which is famous for 22-runs-in-1-ball, brought disappointment to thousands of fans back home. Richardson stood helplessly at the other end while his partner McMillan flipped the bat in the air in frustration.

It is a history in the game of cricket that Man of the Match or Series seldom went to the credit of wicketkeepers. But, Richardson made history when he scored 247 at 82.33 and took 16 catches against New Zealand in 1994 -95. He became the first non-English wicketkeeper to win a Man of the Series award. He could take his place in ODIs as well; Richardson placed third on the list of most ODIs, though he never became “Man of the Match” even once.