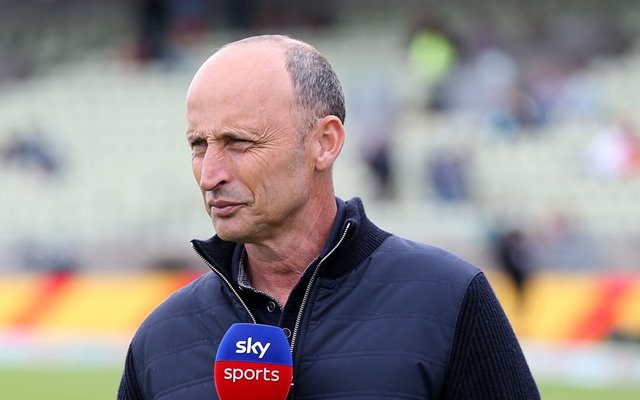 India picked up an emphatic win at Lords to go 1-0 up in the series. Keeping the outcome of the match aside, both teams will be concerned about their batting going into the third Test. England batting revolves around Joe Root. Once the skipper is dismissed, a collapse is always around the corner. Meanwhile, India do have good players up their ranks but their current form has been miserable. The likes of Ajinkya Rahane, Cheteshwar Pujara and even Virat Kohli has struggled in the series so far.

Former England captain Nasser Hussain feels the surface in Headingley is generally flat but given the vulnerabilities in the batting lineups, both teams will have an even chance of winning the third Test starting August 25.

"England had a mad hour but that's the brilliance of Test cricket. The game can change so often over five days. It could be different at Headingley. It has looked very flat this year. But these are two vulnerable batting line-ups," Hussain told the Daily Mail.

India have not won a series in England since their 1-0 win over Michael Vaughan’s England in 2007. However, they have a great opportunity now as England is struggling with a fragile batting lineup and injuries to their key bowlers. England lost Jofra Archer and Chris Woakes ahead of the series while Stuart Broad was ruled out after the first Test. Mark Wood too injured his shoulder in the Lords Test and his participation in the third Test is in doubt. Ben Stokes had also pulled out of the series citing mental health issues.

Hussain, however, highlighted the positives for England from the second Test, saying they were favourites to win the Test at the start of Day 5 thus they cannot be completely counted out.

"It will be difficult with so many bowlers out injured, and the way England are batting. But, I repeat, they were in a position to win the second Test on the final morning so that game wasn't all bad," said Hussain.