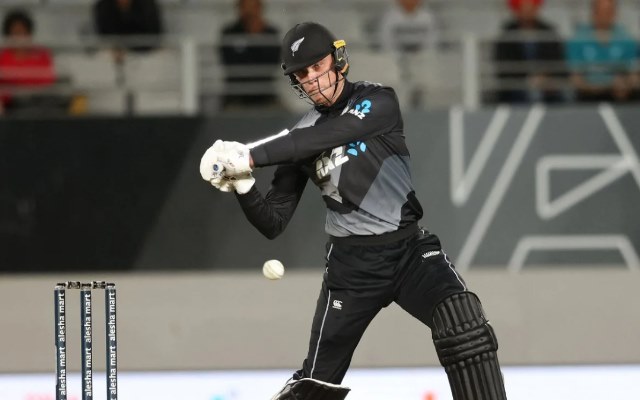 Even before the start of the T20I series against Bangladesh, it was evident that New Zealand are going to have a hard time facing the Tigers at home, especially after seeing the kind of wickets that were offered in the Australia series. Their worst nightmare came true as they were bowled out for 60 on a sluggish wicket in a humiliating seven wickets loss.

Ahead of the second T20, New Zealand have received a shot in the arm as opener Finn Allen has joined the team’s bio-bubble after returning negative COVID reports. However, despite mixing with the squad, Allen is not certain to play in the second T20I with head coach Glenn Pocknall saying the decision on Allen’s inclusion will be made after checking his health before the match.

“He has returned two negative results so that’s great for us,” Pocknall said. “He is a very attacking batsman. He has showed that around the world in the shorter format. He will add a lot of firepower to our batting line-up is a big part of our squad. Hopefully he can come into the squad as soon as possible. He will be considered (for selection) but it is a matter of when.

“He has just come off Covid so there are some unknowns about how he will be physically. He is fine now but we have to assess the affects in these conditions before we decide which game he comes back.”

Allen participated in the inaugural edition of The Hundred and arrived in Dhaka, four days before the rest of the contingent after passing all his pre-departure checks. However, he was tested positive while serving his isolation. The New Zealand management named Matt Henry as a replacement for Allen but said the opener will stay with the team in Dhaka.

Allen has been in phenomenal form in the last year or so. After notching up over 500 runs in the Super Smash earlier this year, he went to make his T20I debut for New Zealand against Bangladesh, scoring a half-century in the third game. In the recently concluded The Hundred, Allen smashed four half-centuries in 13 games for Birmingham Phoenix. Definitely, he will add a lot of strength to this New Zealand squad.