Harmanpreet Kaur ruled out of Pink-Ball Test against Australia 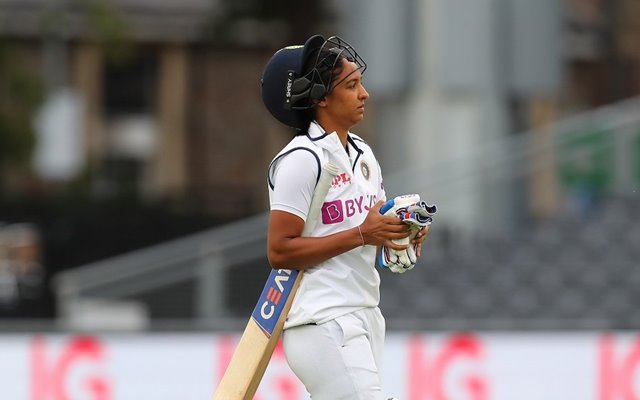 India women are set to lock horns with Australia women in a historic Day-Night Test in Queensland starting tomorrow, September 30. Ahead of the important clash, India have been dealt with a big blow as star batter Harmanpreet Kaur has been ruled out of the match after failing to recover from the thumb injury she sustained ahead of the ODI series, which saw her warm the bench in all three ODIs. The development was confirmed by India skipper Mithali Raj who said Harmanpreet has not attained peak fitness yet. “She is ruled out for the Test match,” said Mithali.

. The star India batter has played three Tests but doesn’t have a record to boast about with just 38 runs at an average of 7.60, and nine wickets to her name. However, she has emerged as one of the key members of the India women setup after consistent performances.

Meanwhile, Australia women too have been dented with a big blow as Rachel Haynes will miss the game due to a hamstring injury. However, in a positive development, Beth Mooney is fit and will take the opener slot in the absence of Haynes.

This will be India’s first Day-Night Test. Meanwhile, England have played a Pink ball Test before against England in 2017. India will be keen to do well in the iconic game. Mithali Raj stressed the importance of doing well in the first session. “I think the first session we had with the pink ball was yesterday. Yes, everybody had a different experience because we are not used to the pink ball, it does move around quite a bit. I think that is the pretty much first impression we got with the pink ball,” said Mithali during a virtual press conference.

For India women to win the match, their bowlers need to pick 20 Australian wickets. The skipper was pleased with the form of her bowlers and said. “We are quite pleased with the way the three fast bowlers have bowled in the ODI series. Jhulan being the most experienced and she is helping the others — Pooja Vastrakar and Meghna. I think we do have some quality seamers in Meghna and Pooja, we do have Shikha Pandey also. I think it is a good pace department that we now have in the side,” said the India skipper.