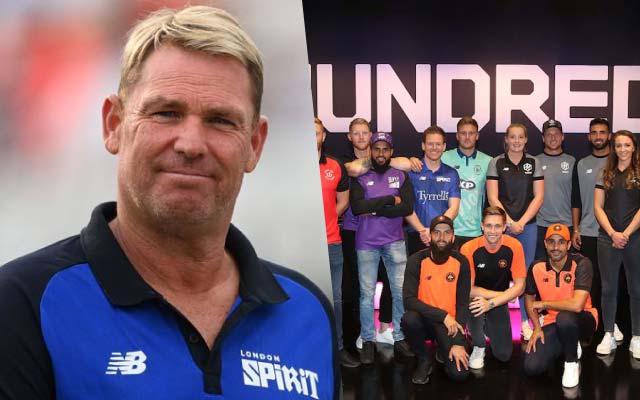 The draft selection of the Hundred men’s competition and the signing of the women’s competition has been postponed to April 5th. The event organisers took the decision to avoid a clash with the funeral of famous cricketer Shane Warne. The Hundred’s men’s draft choices and women’s signings were scheduled to be revealed on March 30, the same day as Shane Warne’s state funeral at the Melbourne Cricket Ground.

Shane Warne passed away earlier this month due to a suspected heart attack during his trip to Thailand. The legendary cricketer will be given a state funeral in Melbourne, his home city, on the 30th of March.

A statement was released by the Hundred, stating the reason for the postponement. “This (April 5) is a week later than previously advertised due to Shane Warne’s state funeral taking place on Wednesday 30 March. Shane was a much-loved part of The Hundred and played an important role in launching the competition as Head Coach of London Spirit’s men’s team. He will be hugely missed by everyone involved in the competition,” read the statement.

Warne was a part of the inaugural season of the Hundred as he coached London Spirits in the competition. He was set to return to the team for the 2022 season. The Hundred was introduced last year by the England Cricket Board. The first edition of the competition was a huge hit as many international stalwarts participated in the tournament. Eight teams in men’s and women’s categories competed in the tournament. Oval invincible women’s team and Southern Brave men’s team were the two champions of the first season.