I would love to dismiss big players like Virat Kohli: Usman Qadir 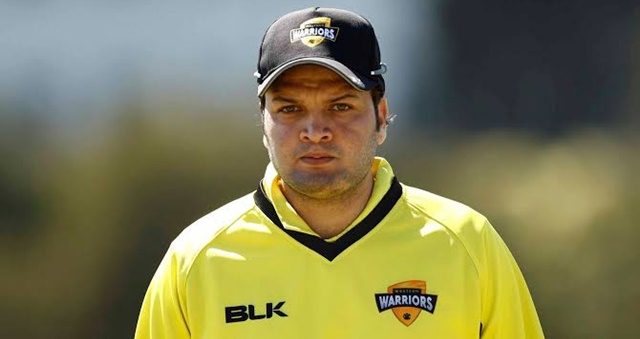 In a recent interview with Cricket Pakistan, Usman Qadir, the son of legendary Pakistan spinner Abdul Qadir, claimed that he aspires to dismiss some of the best batsmen in the world. He named Eoin Morgan, AB de Villiers, and a few other legendary batsmen. Usman further added that bowling to such world-class batters would only help him become a better bowler in the future.

The 27-year-old made his debut for Pakistan in a T20 International game against Zimbabwe in November 2020. Recently in April 2021, the youngster was handed his One Day International debut during their tour of South Africa. In 11 T20Is, Usman Qadir has picked up 18 wickets. He has only played one ODI so far, and in that, he returned with figures of 1/48 in 9 overs.

It must be noted that Usman Qadir is presently in Abu Dhabi. He will be representing Multan Sultans in PSL 6 remainder. Talking about the first half of PSL, four teams are locked in six points, apart from Multan Sultans, who are currently struggling at the bottom of the table. Mohammad Rizwan is presently the top run-scorer with 297 runs. After the conclusion of PSL 6, the national players will depart for the UK for the white-ball series. Pakistan Cricket Board has announced their squads for the upcoming series against England and West Indies. Usman Qadir has also been included in the team. The Babar Azam-led side is scheduled to play 3 One Day International games and as many T20Is against England from July 8 to 20. Post that, they will travel to the Caribbean for five T20Is and two Test matches against the West Indies.