Breaking! MS Dhoni steps down as Chennai skipper, hands over the baton to Ravindra Jadeja 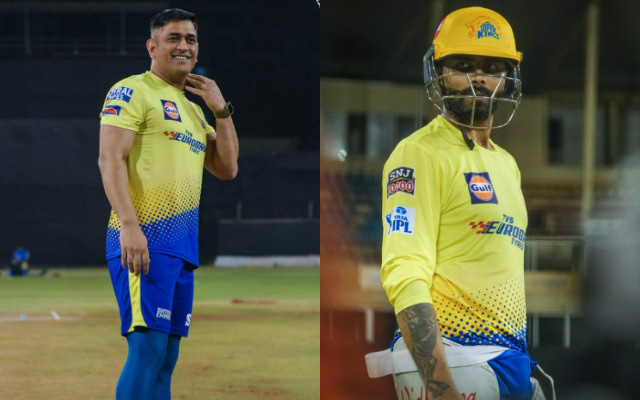 MS Dhoni has stepped down as Chennai captain ahead of the Indian T20 League 2022. Dhoni has handed over the responsibility to Ravindra Jadeja. The wicketkeeper-batter has led the team in record 205 games, out of which the team has won 121 and lost 82. This record might remain unbeatable for many years to come.

Other than the former India skipper, Suresh Raina, who went unsold this year, has led the team before. The 40-year-old has been an integral part of the team since 2008. However, he was estranged for two seasons in 2016 and 2017, when the team was suspended on counts of spot-fixing and betting. The right-hander came back to the fold in 2018 and led the team to a win in the season.

Under his leadership, the team won four titles in 2010, 2011, 2018, and 2021. With only two days left in the 15th season, Dhoni has decided to hand over the leadership responsibility to the star all-rounder. Jadeja was retained by the Yellow brigade last November. He has been part of the team since 2012.

The official website of the team confirmed the development of Jadeja leading the team in the upcoming season. “MS Dhoni has decided to hand over the leadership of Chennai and picked Ravindra Jadeja to lead the team. Jadeja, who has been an integral part of the Chennai-based franchise since 2012, will only be the third player to lead the team. Dhoni will continue to represent Chennai this season and beyond,” read the official statement of the Chennai-based franchise.

The left-hander has played 173 games for the team, scoring around 2000 runs and picking 121 wickets. This will be his first taste of captaincy in any form of the game for Jadeja. On the other hand, Dhoni has once again shocked his fans with his decision-making.

In 2014, he decide to retire from the Test format during the Australia tour. In January 2017, he decided to step down from ODI and T20I captaincy.