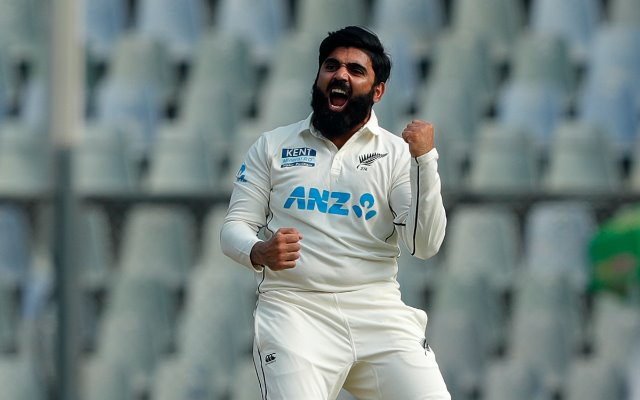 New Zealand spinner Ajaz Patel etched his name in record books after he picked all 10 wickets in the first inning of the second Test against India. Ajaz ended the innings with figures of 119-10. The left arm spinner thus became the third bowler after Jim Laker and Anil Kumble to achieve the feat.

He also became the proud owner of the best figures by a visiting spinner in India. He surpassed Nathan Lyon, who took 8/50 in 2017. Meanwhile, he also registered the best figures by any bowler against India in a Test inning. He went past Jack Noreiga, who had taken 9/95 in Port of Spain in 1971.

The spinner had taken just two five-wicket hauls before this historic feat. He picked up all 4 wickets to fall on day 1 and then ran through the India batting order when the match resumed on day 2. Patel received a standing ovation from the crowd and India team as he walked back to the pavilion.

Patel's heroics helped New Zealand bundle out India for 325. Mayank Agarwal top-scored for India with 150, while there were important contributions from Shubman Gill and Axar Patel as well. Meanwhile, Indian bowlers too roared back and have reduced New Zealand to 31-5 at the time of writing, with Mohammed Siraj picking three wickets. Ashwin and Axar Patel also picked up a wicket each. The first game ended in a draw thus the winner of this match will win the series.