India and Pakistan to lock horns on 28th August in the Asia Cup 2022: Reports 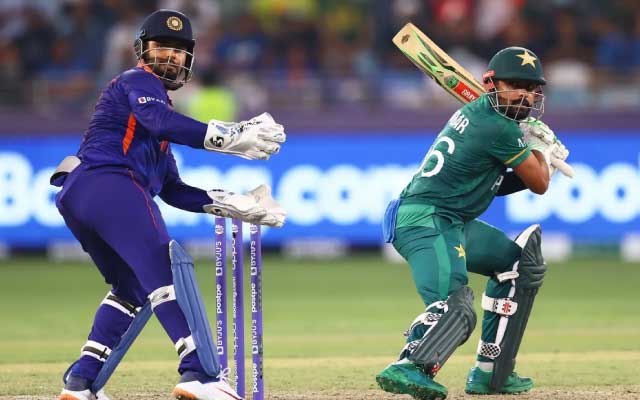 While India and Pakistan will face off in the T20 World Cup in 2022, they will also encounter once before that. As per reports, the arch-rivals will face each other in the Asia Cup 2022 on 28th August in Sri Lanka. The Asia Cup 2022, which will take place in Sri Lanka, will be played in the T20 format from August 27 to September 11.

Pakistan and India will later meet in the T20 World Cup in Australia at the Melbourne Cricket Ground on 23rd October 2022. Meanwhile, Sri Lanka Cricket (SLC) will shortly release the schedule for the 15th edition of the Asia Cup. More crucially, despite recent economic and political turmoil in the nation, SLC has been granted permission to host the event. The qualifiers of the tournamnet are set to begin on the 21st of August before the main event begins.

The Asia Cup 2022 will be contested in the shortest format as the lead-up to the T20 World Cup, which will be hosted in Australia in October-November. This will be the tournament’s second edition in the T20 format, following India’s convincing victory against hosts Bangladesh in 2016.

SLC is going ahead with Asia Cup after getting the green light from India. They are drawn up with Afghanistan and Bangladesh. The high profile India versus Pakistan scheduled on the 28th August. Qualifiers will start on 21 Aug. Tournament proper from 27 Aug to 11 Sep. Exciting.😍

India eyeing to win against Pakistan

The arch-rivals will meet for the first time since their epic T20 World Cup 2021 group stage battle in Dubai on October 24, last year. Pakistan outclassed India in all departments to win by a stunning 10-wicket margin. With this, the Men in Green broke India’s 29-year unbeaten against Pakistan in the World Cup record.

With skipper Rohit Sharma and head coach Rahul Dravid in command, India will be looking to mount a comeback. While the in-form pair of skipper Babar Azam and wicketkeeper-batter Mohammad Rizwan will pose a significant danger, the Indian top-order must be mindful of left-arm bowler Shaheen Afridi as well.