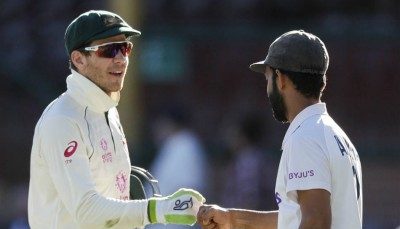 India and Australia will battle it out in the last Test of the four-match series, starting from January 15 at The Gabba in Brisbane. It will be one of the challenging games for the men in blue as the spate of injuries has been a massive concern for the side from the beginning.

Rahane and the team have done a great job in the series thus far as it is levelled at 1-1. However, the team will be riding low confidence due to the injuries that have plagued them. With Ravindra Jadeja and Hanuma Vihari out of the fourth Test, the management will have to make changes in the team. Keeping this in mind, let’s take a look at the probable playing eleven of the Indian cricket team for the final series.

Indian cricketers expected to retain their spots in the playing XI

The visitors will continue with their in-form opening pair of Rohit Sharma and Shubman Gill. The duo is expected to retain their spots at the top of the order after delivering quality performances in the third Test. The opening pair has scored half-centuries each. On the other hand, Cheteshwar Pujara and skipper Ajinkya Rahane will take over the middle order.

The wicket-keeper batsman Rishabh Pant is all set for the final Brisbane clash after scoring an aggressive 97. The youngster battled through injury to help the team make a soaring comeback.

The bowling department might be a matter of concern as they have already lost their main bowlers because of injuries. Ravichandran Ashwin, Navdeep Saini, and Mohammed Siraj are the bowlers to watch out for in the bowling department. Ashwin is the man of the hour following his all-round performances in the third Test at Sydney.

Wicket-keeper batsman Wriddhiman Saha can come in as a replacement of Hanuma Vihari. If Saha comes in, then Pant will retain his spot in the side as a pure batsman.

Washington Sundar is also likely to make his Test debut. He will provide a quality option as an all-rounder. He will be the perfect replacement of Ravindra Jadeja. Shardul Thakur can be an effective option as a replacement for Jasprit Bumrah. Thakur could edge T. Natarajan to the playing XI as he is equally good with the bat.