India vs County Championship XI: When and where to watch, match details, squads and all you need to know 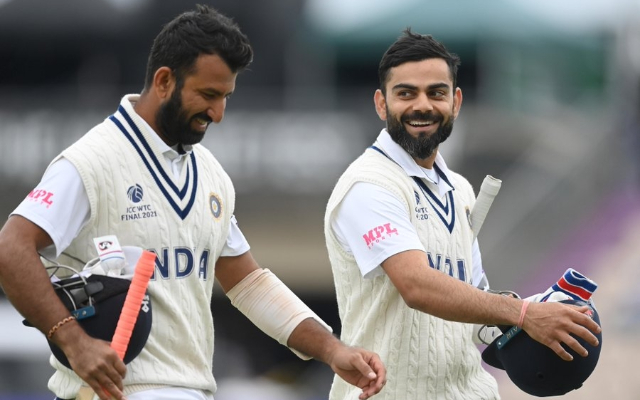 Team India will begin their preparations for the five-match Test series against England with a three-day practice game against the County Championship XI. India were not scheduled to play any warm-up game on the tour but the BCCI requested ECB for one after India’s hammering in the WTC final. The match will be a great opportunity for Virat Kohli’s men to fix the jigsaw before the England series.

There are few concerns for team India and the opening conundrum is the biggest of them all. With Subhuman Gill not available, India have to sort out their opening combination.  They will have to select one between Mayank Agarwal and KL Rahul to partner Rohit Sharma at the top. Also, they need to sort out if they want to go in with thee pacers and two spinners or four pacers and one spinner. If they chose to go in with the latter, who between Ravichandran Ashwin and Ravindra Jadeja should be preferred. They also have Axar Patel in the kitty.

Meanwhile, they need to decide on the pace bowling combination as well. With Jasprit Bumrah and Mohammed Shami almost certain to start, the team will be in dilemma to go in with Mohammed Siraj or Ishant Sharma as their third pacer.

Here is all you need to know about India vs County Championship XI warm-up game.

Where to watch India vs County Championship XI

There will be no live coverage of the match on television in India.

Where to watch India vs County Championship XI online?

The match can be streamed live on Durham cricket YouTube channel.