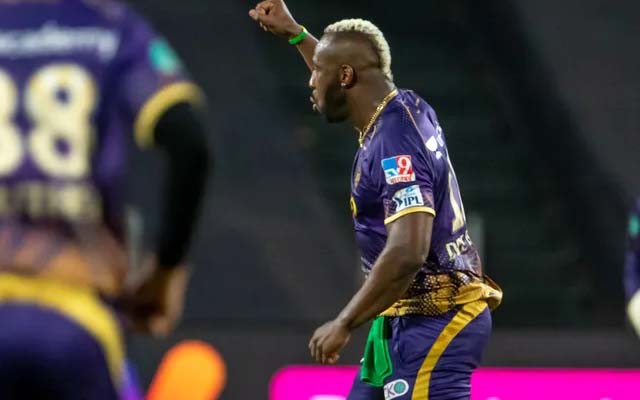 In the 61st match of the Indian T20 League 2022, Kolkata defeated Hyderabad by 54 runs. The victory was critical for the team's chances of making it to the playoffs. A flawless performance by the Shreyas Iyer-led side never allowed Hyderabad to gain the advantage during the game. With this win, Kolkata moved up to sixth place on the points table.

Kolkata decided to bat first at the Maharashtra Cricket Association Stadium in Pune. Despite losing Venkatesh Iyer (nine) early on, Ajinkya Rahane and Nitish Rana gave Kolkata a decent start. Rahane struggled from a muscle pull, yet managed to hit a few good shots. He and Rana put up 48 runs before being dismissed in the same over by Umran Malik. After eight overs, the men in purple had scored 72 runs. They then lost two more wickets in quick succession.

However, a crucial partnership between Sam Billings and Andre Russell ensured that the Kolkata-based franchise got to safety. They kept the scoreboard rolling by scoring a few boundaries. The duo added 63 runs for the sixth-wicket partnership. In the 19th over, Bhuvneshwar Kumar eventually got the breakthrough, dismissing Billings (34) for a team total of 157. Russell ended up hitting a few sixes in the last over to help his side reach 177 runs. He was not out for 49 runs in 28 balls.

During the chase, Hyderabad did not show the right intent while chasing an above-par total. Kane Williamson was having trouble settling in, while Abhishek Sharma struck a few solid shots. After losing Williamson (nine) inside the powerplay, Hyderabad managed 31 runs in the first six overs. This slow start meant that the rest of the batters who walked in to bat were under pressure. Due to which, they lost wickets while attempting to hit the big shots.

They lost crucial wickets at regular intervals. Aiden Markram (32) then struck a couple of solid strokes to keep the hopes alive, but they were short-lived. In the 15th over, Umesh Yadav got the better of him. In the last five overs, Hyderabad needed 78 runs. Thus, the orange army were never in the game, scoring only 23 runs and losing three wickets in the final five overs.

Williamson thanking Kavya mam for letting him sit in the dugout. #IPL pic.twitter.com/peZbp4rsPZ

When you let go Rashid Khan for a man who is out of form in batting, doesn't bowl and hands over 20th over to a spinner against Russell pic.twitter.com/YinNm8rwA5