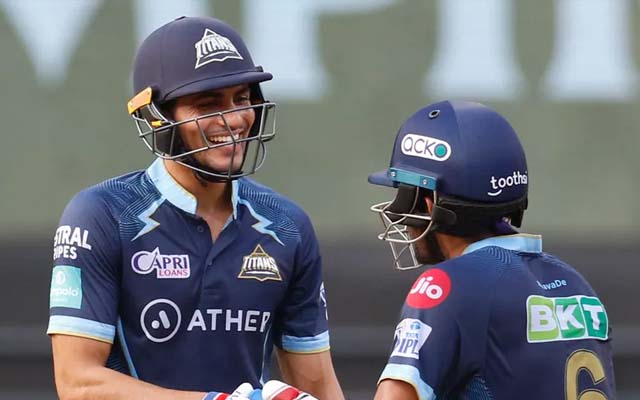 Gujarat defeated Chennai by seven wickets to seal a top two spot heading into the playoffs. A superb bowling effort by Gujarat restricted Chennai to a below-par score. To follow that up, Wriddhiman Saha’s magnificent batting performance clinched Gujarat’s victory.

Chennai decided to bat first after winning the toss at the Wankhede Stadium. Despite losing the in-form Devon Conway (five) early on, Chennai got a few partnerships through the early and middle overs. However, the batters found it difficult to score runs at a brisk pace on the two-paced wicket. Ruturaj Gaikwad (53), Moeen Ali (21) and N Jagadeesan (39) were the main contribution. However, their slow paced innings restricted Chennai from posting a winning score. The team could only make 133-5 in their 20 overs.

Wriddhiman Saha wasted little time in getting the chase started. He played some blazing shots and added 59 runs with Shubman Gill, who looked scratchy during his 18 run stay. Gujarat did lose Matthew Wade and Hardik Pandya in the chase but given the start, it was always Gujarat’s game. The team eventually won the game with seven wickets and five balls to spare.

IPL teams on the points table after winning or losing their matches pic.twitter.com/AD5AW67ee6

Rayudu to Dhoni
After Ruturaj 50 off 44 balls….. pic.twitter.com/7Q2IRR6KNm

I’m laughing at this team.. pic.twitter.com/1wqJrmrBAt