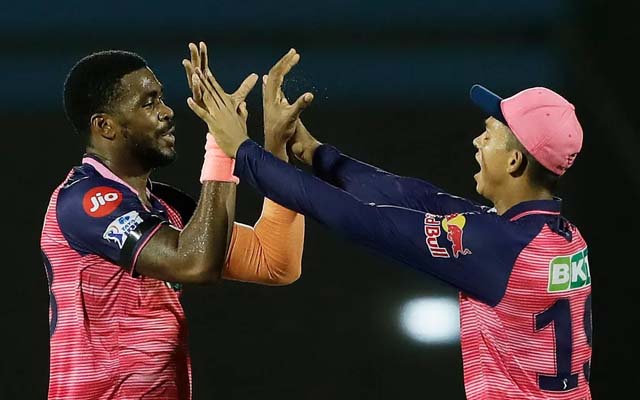 In the 63rd match of the Indian T20 League, Rajasthan beat Lucknow by 24 runs to move to the second spot in the points table. Rajasthan won the toss and decided to bat first at the Brabourne Stadium. Jos Buttler lost his wicket early on, but Yashasvi Jaiswal and Sanju Samson carried on to get team a good start. They assisted the team to score 51 runs in the powerplay. Sanju Samson (32) could not hold out for long as Jason Holder dismissed him in the ninth over for a team score of 75. Jaiswal (41) also departed early in the 12th over.

Devdutt Padikkal (39), Riyan Parag (19), and Jimmy Neesham (14) also lost their wickets pretty quickly as Rajasthan were reduced to 152 in 17.4 overs from 122-3 in the 14th over. Finally, Ravichandran Ashwin (10) and Trent Boult (17) played a few nice strokes to help the team reach a 178/6 total. Lucknow got off to a rocky start in the chase. The pitch appeared to be suitable for batting, but they lost three wickets in the powerplay. In six overs, they could only score 34/3.

Krunal Pandya and Deepak Hooda kept the innings aflot with a solid partnership of 65 runs. However, Pandya (25) was dismissed by Ashwin in the 14th over. Hooda went on to reach his half-century before being dismissed by Yuzvendra Chahal in the 16th over for a team total of 116. The wickets meant that Marcus Stoinis had a daunting task of chasing 63 runs in the final four overs with Holder on other end. However, the duo failed to hit big shots as Lucknow were reduced to 154-8, losing the game by 24 runs.

Krunal and hooda batting together pic.twitter.com/ywGBZQmtAG