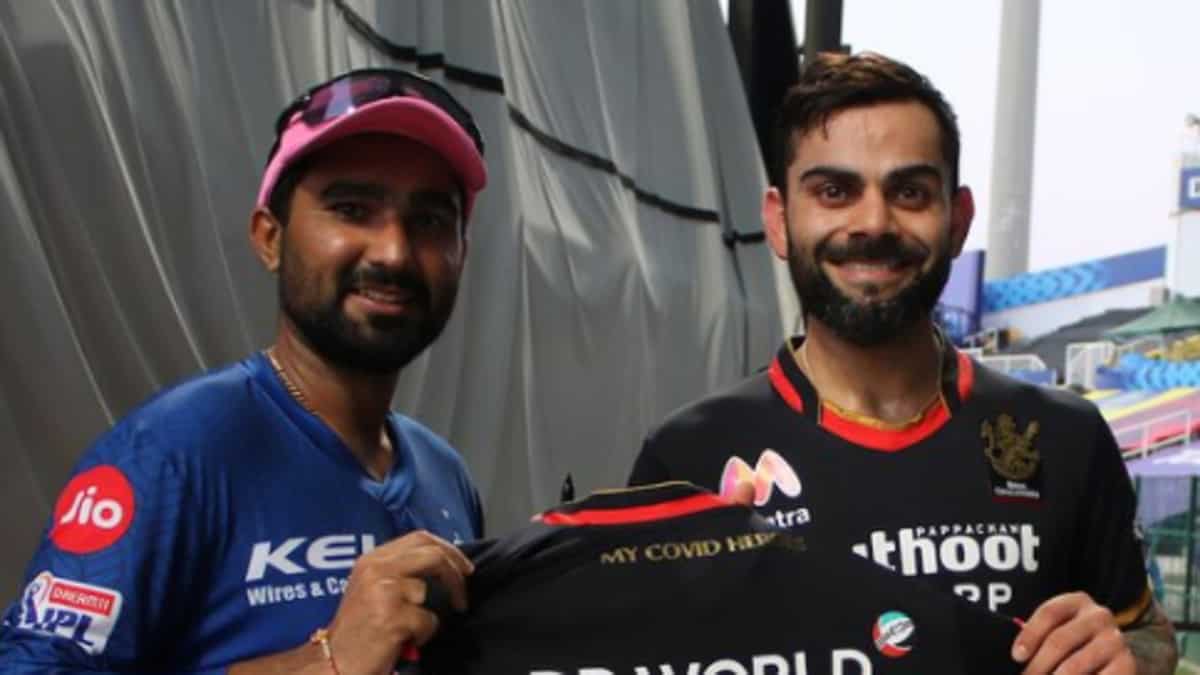 The rising IPL star Rahul Tewatia has become the favourite of everyone after his brilliant game against Kings XI Punjab. He has smashed the KXIP bowler Sheldon Cottrell with five sixes in an over. His batting helped his side, Rajasthan Royals, to win the thrilling match.

In recent times, while thinking about RR, Rahul Tewatia is on every fans and cricket experts’ mind. And when thinking of him, we cannot take our mind of his recent innings.

RR was chasing a strong total of 224 scored by KXIP. In the first 20 balls by KXIP bowlers, Tewatia could only manage eight runs. As the pressure was building up, Sheldon Cottrell came to bowl the over to increase the pressure more. Tewatia smashed five sixes in Cottrell’s over. He scored a 53 off 31. RR sealed the match win, with three balls still left.

A gift to his fan cricketer by Virat Kohli

After the thrilling win, Tewatia became the star for the IPL cricket fans. It is true that he has the capability of playing some marvelous shots. Even so, the Haryana lad is a fanboy of a cricketer while he is enjoying his increasing number of fans.

Tewatia admires Kohli’s gameplay and he’s a huge fan of him.

The IPL Twitter handle posted a picture of Tewatia holding the autographed RCB jersey with Kohli standing beside him after the match was over.