IPL 2021: ‘Every game is a final for us’ – Rashid Khan confident that SRH can make playoffs 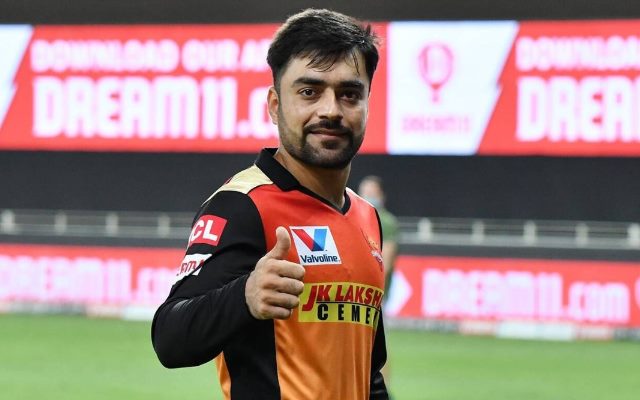 Sunrisers Hyderabad (SRH) didn’t enjoy great success in the first leg of the Indian Premier League (IPL) and lost six of their seven games. It was surprising to see SRH struggle so badly as they have been one of the most consistent performers in the history of the tournament. The poor show also led to the sacking of skipper David Warner midway through the tournament.

Given where they stand at the moment, SRH’s chances of making the playoffs look grim. However, ace spinner Rashid Khan is positive about SRH making a comeback in UAE. Rashid said the team is keen to do well in the second leg and will take every game as a knockout in UAE.

“Definitely looking forward to the rest of the season. We did not have the ideal first half during the competition in India but we are united and looking to take every game as a final for us and give 100 percent.”

Rashid enjoyed a decent run in the Hundred and is keen on carrying his form in the IPL. He was one of the positives for SRH in the India leg and picked up 10 wickets in seven games at an economy of 6.14. The conditions in UAE will assist the spinners which makes Rashid even more dangerous.

In addition to his outstanding skills with the ball, Rashid is a handy batter down the order. The right-hander is known to play cameos. In the recently concluded T20 Blast, Rashid stroked a quickfire 29 off 9 balls for Sussex against Yorkshire, hitting three boundaries and two sixes. The leg spinner said he understands how important it is to be able to contribute with the bat as well and he is working hard in the nets to improve his skills as a batter.

“From the last one and a half years, I have been working on my batting. When the team needs 20-25 runs at the end, they are very crucial for the side. While chasing as well, these runs are important. So I am just trying my best to do different things. I haven’t practiced different shots in the nets a lot. It is just about the mindset. Wherever I hit the ball, I want to try my best to finish up well and use my wrists.”