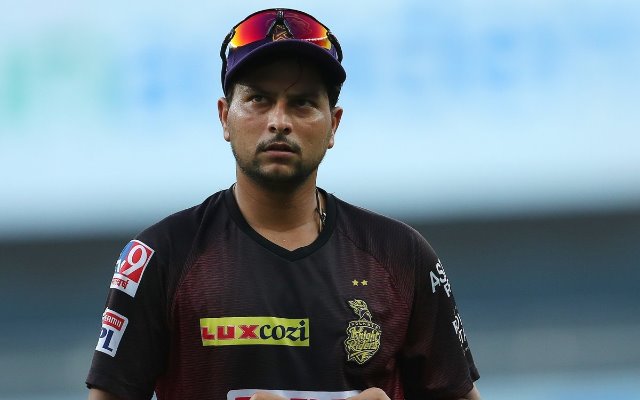 Kuldeep Yadav has suffered a huge blow as a knee injury has ruled him out of the ongoing IPL season. He was with the Kolkata Knight Riders (KKR) and had not played a single game this season so far. He sustained a serious knee injury during a practice session and it is being told that it was really bad and the cricketer couldn't have continued playing.

"Yes, we got the information that Kuldeep sustained a nasty knee injury during a practice session in UAE. Apparently while fielding, he twisted his knee and it was really bad at that point. There was no chance that he could have taken any further part and was sent back to India," a senior BCCI tracking developments said according to Times of India.

This injury is likely to keep Kuldeep Yadav out for four to six months with a long rehabilitation process set to follow. He will most probably miss the entire domestic season as well. Kuldeep, meanwhile, has already returned from the UAE and underwent surgery in Mumbai.

"Knee injuries are generally bad. It’s a very long process from starting to work and then getting strength back through intense physiotherapy sessions at the NCA, followed by light intensity training and finally starting with net sessions. It can’t be said with certainty that Kuldeep will be match ready by the time Ranji Trophy ends," a source said.

Not long ago, Kuldeep Yadav had expressed disappointment with the way KKR handled him stating that he doesn't know what the team is expecting off him. He last played a game in the IPL on October 21 last year.