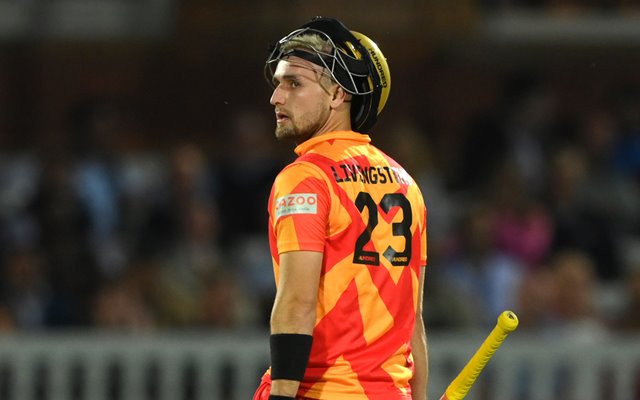 England batter Liam Livingstone could potentially miss the second half of the 14th edition of the Indian Premier League (IPL) due to a shoulder injury, which he suffered during a County game on Monday (August 30).

Taking to their official Twitter, Lancashire informed about Livingstone’s mishap. “More Red Rose injury woe as Liam Livingstone appears to have damaged a shoulder diving to stop a boundary. He’s gone off the field and is replaced by Richard Gleeson,” read their tweet from August 30.

Swashbuckling batter Livingstone is having a dream run this year after having made his debut for England in the shortest format. He smashed the quickest hundred (43 balls) against Pakistan and carried that form into the inaugural edition of The Hundred. The 27-year-old scored a jaw-dropping 348 runs for Birmingham Phoenix and was even named the MVP for the season.

His hot streak of form has even made experts like Shane Warne and Michael Vaughan calling for his inclusion in the fourth Test against India. With wicketkeeper-batter Buttler set to depart from the squad, Vaughan felt that Livingstone could be a perfect fit in the middle-order.

But with a blow to his shoulder, Royals could be sweating over his fitness. The squad has managed to sign Tabraiz Shamsi and New Zealand batter Glenn Phillips as a replacement for Jos Buttler for the UAE leg of IPL.