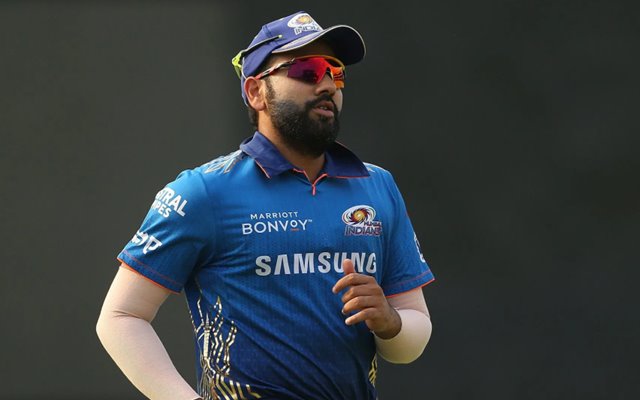 Mumbai Indians (MI) suffered a 20 run loss to Chennai Super Kings (CSK) in their first game post resumption of the Indian Premier League (IPL). Mumbai now have four wins and four losses and find themselves in a tricky position. A couple of more losses and their tournament can be in jeopardy. The defending champions will be up against Kolkata Knight Riders (KKR) in the next game. KKR had a brilliant outing in their UAE leg opener and dismantled RCB, picking up a brilliant win by 9 wickets.

Meanwhile, Mumbai Indians were without their skipper Rohit Sharma and all-rounder Hardik Pandya in the last game but both of them are likely to walk in the team against KKR. Ahead of the match, MI posted a video of Rohit Sharma where the skipper talks about their game against KKR. Rohit said that getting past KKR won’t be easy for the Men in Blue and the players need to step up their game to revive their campaign.

“I honestly don’t believe in past records, T20 is a game on that particular day. What happens it’s a game of that you have to be best on that day. They are a good opposition (Kolkata Knight Riders) and they play cricket very well as a team, and they will obviously be coming off from some confidence after their last win so it’s not going to be cakewalk for us,” said Rohit

Rohit also reflected on MI’s loss to CSK and said, “I know that we had a very handy record against them, but it’s important that we turn up really well on that particular day, and do the job. When you are chasing a score like 157 you need to build those small partnerships, and make sure you keep yourself in the game as long as possible.”

MI will be disappointed they couldn’t restrict CSK to a below-par score despite leaving them reeling at 24-4 in the powerplay. Adam Milne and Trent Boult set up the tone for Mumbai as they blew away the CSK top order. It was only the efforts of Ruturaj Gaikwad that propelled CSK to a challenging total of 156. Rohit heaped praise on Milne and said, “Adam Milne, especially is coming from a very good tournament in UK. He is a good bowler, bowls really fast and it’s all about, you know, getting that confidence and he got that confidence in the first game.”

“So I just hope that he builds on it. We just have to come back and come back really strong and tick those small boxes, and I think if you look at the potential in this squad. We have got all bases covered,” he added.