IPL Flashback – Record of the most expensive overs 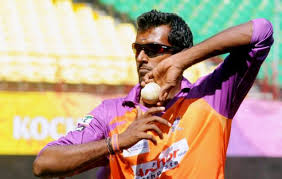 We have seen some astonishing batting performances in the last 12 IPL seasons, where the batsmen scored maximum runs in one over. Let us know about them:

Prashanth Parameswaran is a very notable cricketer in the domestic cricket competitions in India. In India’s official T20 league, he is an unfortunate bowler. He is the top name on this list. In the match against RCB during 2011, the player of Kochi Tuskers Kerala gave 37 runs in his over. This may sound bizarre. However, the incident is true. Prasanth Parameswaran conceded 37 runs in his over. Chris Gayle was on the striking end and he scored 36 runs in this over and one run was from no-ball.

In 2014, in the match against CSK, Awana became the second most costly bowler in IPL history. Awana was playing for Kings XI Punjab. In the 6th over when CSK was batting, Suresh Raina scored 33 runs in the over.

Ravi Bopara is one of England’s most renowned bowlers. Yet, he has a weird record in his name. He has the record of third costly over in IPL. In the 2010 edition of IPL, Bopara conceded 33 runs in a single over. He gave 33 runs against Kolkata Knight Riders. Chris Gayle had hit 4 back-to-back sixes in that over to the delight of the IPL fans.

Chris Gayle made Rahul Sharma another victim of his terrific batting power. It was in the IPL 2012 season. Chris Gayle and Saurabh Tiwary partnered and punished Rahul Sharma by scoring 31 runs in one over. Gayle was in his excellent batting form and scored 81 runs from 48 balls. Due to this score, his team won the match. His innings included 8 sixes and four fours. Of these eight sixes, five was from the single over of Rahul Sharma.

Dinda’s balls flew over the fence like a helicopter at the matches of IPL 2017. He was bowling in a match against Mumbai Indians. The teams were playing the match at Maharashtra Cricket Association Stadium in Pune. In the last over of the innings, Hardik Pandya fired a cracker for the fans with his batting, and that took 30 runs from one over. Rising Pune Supergiants were at an excellent spot from that point forward. The Mumbai Indians had scored 157 runs from 19 overs. In the last over from Dinda, the Mumbai team scored 30 runs from the terrific performance of Hardik Pandya.