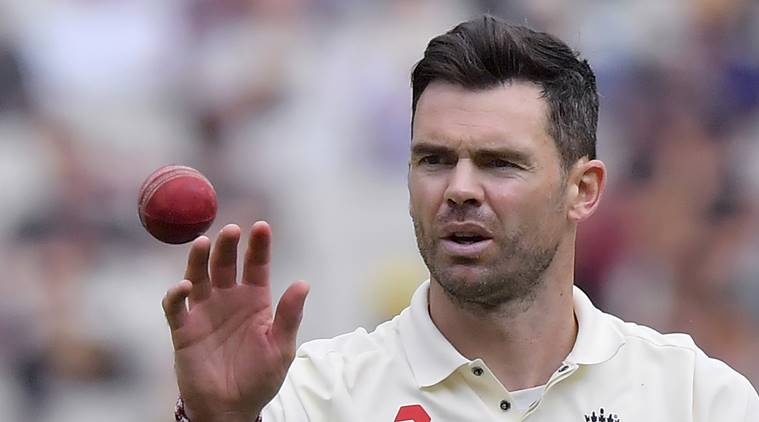 James Anderson is just four wickets away from surpassing the former Indian spinner Anil Kumble in the leading Test wicket-takers list. English fast bowler James Anderson will look to break into the top three wicket-takers list in the second Test match against New Zealand. In the first Test match at Lords, Anderson picked up just two wickets. The English pacer has so far picked up 616 wickets in 161 games at an average of 26.58. On the other hand, Indian leg-spin legend Anil Kumble is currently in the third spot. He finished his career with 619 wickets in 132 Test games. Thus, James Anderson is only four wickets away from going past the legendary India spinner in the leading Test wicket-takers elite list.

Anil Kumble is the second bowler in Test cricket's history to claim all 10 wickets in an innings. He achieved the milestone against Pakistan in a Test match at the Arun Jaitley Stadium in the year 1999. Muttiah Muralitharan (800) and Shane Warne (708) are currently the top two wicket-takers in the history of the Test format. James Anderson had earlier surpassed Glenn McGrath's record to become the highest wicket-taker among fast bowlers. The 38-year-old is now looking forward to the Test series against India. He is also eager to help England win the Ashes in Australia.

Meanwhile, New Zealand skipper Kane Williamson has been ruled out of the second and final Test match against England. The game is going to be played in Edgbaston. Williamson's exclusion is a massive setback for the visitors who are pushing for a win and looking to gain momentum. However, the Blackcaps are confident that he will be fit to lead the team once again in the inaugural World Test Championship final against India starting on June 18.

Kane Williamson, who led New Zealand in last week's first Test against England, has been managing the injury for quite a long time. The batsman had earlier been ruled out of the ODI series against Bangladesh at home and had also subsequently missed a few matches of IPL 2021. Nevertheless, Kane Williamson managed to score 13 and 1 in the two innings. The first Test match between NZ and England resulted in a draw. With the big game pending, the Kiwis might be tempted to play it safe against England.