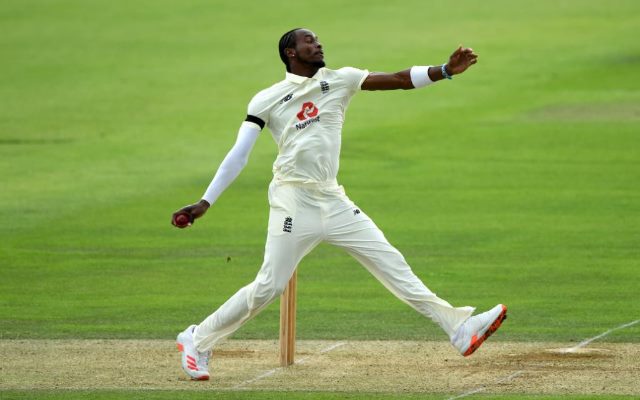 England pacer Jofra Archer could miss England's entire summer after a slow recovery from the elbow injury he sustained earlier this year. The right-arm fast bowler underwent surgery for the same on May 21 but it seems the problem is not resolved and Archer may have to go under the knife once again if the need arises.

Archer will have a discussion with the doctors over the next 48 hours. The England Cricket Board (ECB) were hoping to include him for the third and fourth Test against India but Archer was not satisfied with his recovery.

After undergoing surgery, Archer played one match in the T20 Blast but pulled out of the tournament as he was not 100% fit to bowl. Archer was also hopeful of participating in 'The Hundred' for Southern Brave but due to not attaining full fitness, he could not participate in the league. Mahela Jayawardene, head coach of Southern Brave spoke about how the fast bowler can take a leaf out of Lasith Malinga’s book and turn a corner.

‘At some point, it is a discussion to be had. If I go back with Lasith Malinga, we had a similar story. He came in, was brilliant for us in all formats, but in 2010-11 we had to make a call,’ the former Sri Lanka captain told Sportsmail.

“We said he needed to stop playing red-ball cricket because it was too much strain on his body. It was to prolong his white-ball career for us, and himself as well. It was a very good decision — after about six years of red-ball cricket — and that actually helped us to keep him until the 2019 World Cup.”