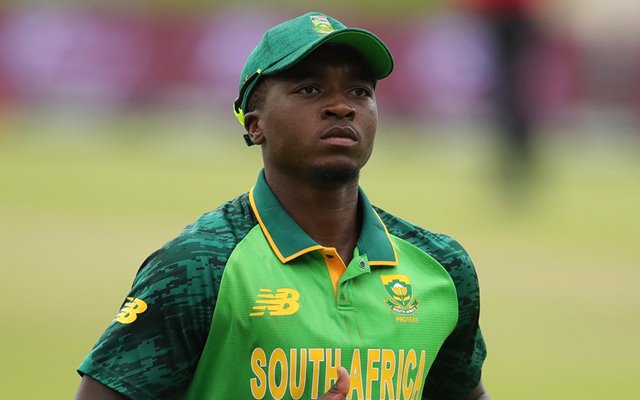 South Africa bowling coach Charl Langeveldt and pacer Junior Dala won’t be travelling with the team for the limited-overs series against Sri Lanka. The duo had tested positive for COVID-19 a few days back. While both recovered and delivered negative COVID-19 reports, the stringent rules of the Sri Lankan government bars them from coming to Sri Lanka.

As per the COVID-19 protocols in Sri Lanka, anyone who has tested positive for COVID-19 within three weeks before their due arrival in Sri Lanka won't be given permission to land in the country. Lutho Sipamla will now replace Dala in the team and Mandla Mashimbyi will be the stand-by bowling coach in place of Langeveldt.

South Africa will depart to Sri Lanka on Wednesday (25 August) for three ODIs and three T20Is. All the matches will be played in Colombo, amid strict COVID-19 protocols.

Wicketkeeper-batter Quinton de Kock has been rested from the ODIs while the team will also miss the services of Lungi Ngidi, who has pulled out of the series owing to personal reasons. Meanwhile, Sri Lanka has announced a 10-day nationwide lockdown starting on Friday due to a surge in cases in recent times. The tour begins with three ODIs on September 2, 4, and 7. The three T20Is will be played on 10, 12, and 14 September.