Know About the All-Time Test XI of Indian Cricket Team 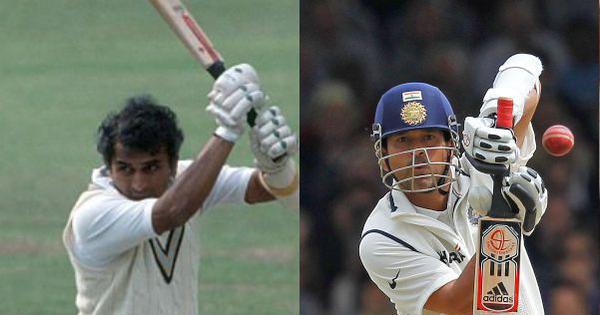 Let us ask you a question. Which of the Indian test players will you select as all-time best XI, if asked? If you try it with all the international players, you are going to get crazy. But, the case is similar when you are compiling a list of XI best test players from India.

Can you even imagine leaving Rahul Dravid out of these test lists? Or VVS Laxman? We cannot. India is a nation where we can find talented cricketers. And many cricketers are eligible to be in all-time best XI. Look at the compilation we have made with the list of best XI Indian test players.

Do you remember how much runs Virender Sehwag has scored for India? His record says 8586 runs in the test matches. The strike rate of his career is 82.23. This is the highest by any cricketer in the Indian team.

And who can forget the legend, Sunil Gavaskar? Fans know him as one of the Asian batsmen, having an average of more than 50 in test match of Australia. During his time, he stayed on the crease against some best pacers of the world, without wearing a helmet. And still, he had an average of 51.12. Experts say that Gavaskar is a master of bowling defense and batting technique. Hence, both Gavaskar and Sehwag are the perfect openers for test matches.

Four players from the Middle Order

Sachin Tendulkar (Master Blaster), Rahul Dravid (The Wall), VVS Laxman (Very Very Special) is the terrific trio. We cannot leave any of them in the middle order. While Dravid and Sachin can go for the number three and four, Laxman for number five. The cricket fans enjoyed the wristwork of Laxman through the off-side during his cricket career.

Virat Kohli can be the sixth, as he has dominated the cricket field in all conditions and against all bowling attacks. He can even lead this best XI of test cricket.

The Wicket Keeper and All-rounder

The best finisher, cool-headed MS Dhoni, is the part of this list. None can manage the wickets o the opponent better than him. With his best career statistics, he is our best shot for the overseas environment.

On the other hand, there is nothing much to say about Kapil Dev, the youngest captain to win the World Cup. His all-rounder record shows, he has more than 5000 runs and 400 wickets in his bag. Do you need any more thought to pick him in your best XI?

When Anil Kumble is bowling, we know the test match is in favor of India. His record says 619 wickets in 132 tests. What’s more to say? And yes, remember the 10-wickets-haul of Kumble in a single inning.

Zaheer Khan and Ravi Ashwin come close to match the aura of Kumble in the field. Both of these two are decent pacers who can take India to win any Test match.