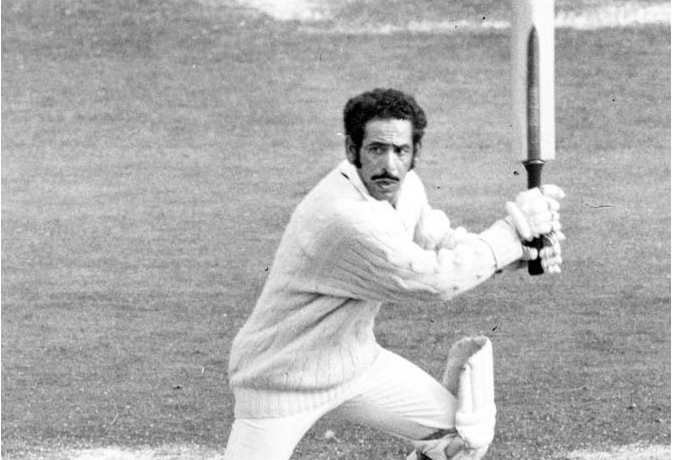 Syed Abid Ali was a lower-order batsman and a medium-paced bowler, who made his Test debut for India on December 23, 1967, against Australia. He had a short career span in Test Cricket. It lasted just seven years. He was an exuberant fielder and a dynamic all-rounder. He played his last Test on December 15 against West Indies.

In Hyderabad, he was born on September 9, 1941. Ali had his schooling at All Saints High School in Hyderabad. He was selected to play for Hyderabad Schools in 1956. With an 82-score against Kerala, Ali won the best fielder’s prize. He started as a wicket-keeper before becoming a bowler.

The beginning of the Career

He started his career playing for Hyderabad junior side in 1958-59 and for the state Ranji Trophy in the next year. Ali was not part of the bowling squad in the first few years. He scored his first hundred in Ranji Trophy in 1967.

He was unexpectedly picked up for the team to tour Australia and New Zealand that year. Abid has scored a total of 33 runs in both innings and took six wickets for 55. It was the best by any Indian as a debut. In the third Test against Australia, he got sent as an opening batsman, and he hit 47, and in the final innings, he made 81 and 78 runs.

Unlike most of the Indian cricketers, Abid not only enjoyed fielding but also actively sought out opportunities to train. He trained himself to in Hyderabad’s maidans bouncing a ball off a heavy roller and running around to collect it. This loving attitude towards fielding brought him accolades as well.

Though Abid made his First-class debut in 1961-62 but never tried his hand in bowling, he realized his talent only when he sent down mere deliveries. He started regular bowling only in the 1964-65 season, and later, he used to go on to open the bowling for Hyderabad. Abid then ended up securing 397 wickets in 212 First-class matches at an impressive average of 28.55 with 14 five-wicket hauls. It is ridiculous that he was provided with not many opportunities though he gave his fantastic First-class debut. Playing against Australia at Adelaide, Abid bowled a superb spell of 6 for 55. Australia got bowled out for 335. Abid became only the third Indian to take a fifer on Test Debut.

He was indeed an all-rounder. Ali excelled at every possible discipline with ease. He could do anything a captain wished for: open batting, bat in the middle order, bowl first change, and field anywhere with equal competency. He could manage to pouch 190 catches and effecting five stumpings.

Abid was named India’s cricketer of the year in 1968 for his fantastic all-around displays in 1968 in Test and first-class Cricket.

He faced a bizarre twist in his life. After his retirement, he had to live through the ignominy of reading his obituary in the newspapers. Unfortunately, Farokh Engineer, by mistake, reported on-air that Abid had passed away. Abid refutes those claims in person. Presently he is based in California, where he stays close to the game as a coach and part-time umpire.