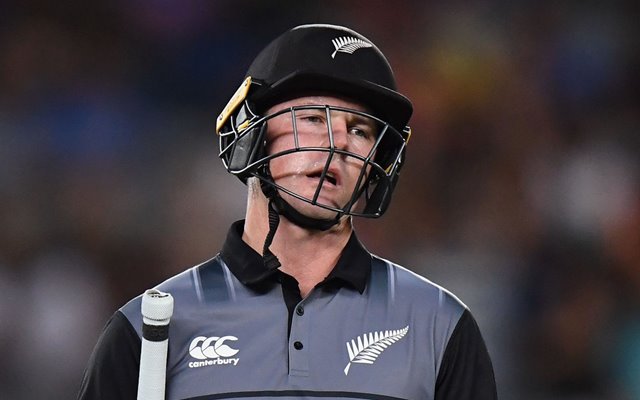 Hard-hitting batter Colin Munro vented out his frustration after being left out of the New Zealand squad for the T20 World Cup 2021. Once ranked the number one T20I batter, Munro now seems out of favour due to other Kiwi batters solidifying their reputation in the top-order. Munro was extremely disappointed after being left out of the squad and said he may have played the last game for New Zealand.

“Extremely gutted to miss out on this, was definitely a goal of mine that I wanted to tick off,” Munro wrote on Instagram beside a list of the cup squad of 15.

“Looks like I may have played my last game for Black Caps, not by choice,” said Munro to Stuff.

New Zealand head coach Gary Stead revealed the reason behind Munro's omission. Stead said Munro was only available for selection in the T20 World Cup and thus the management decided to go in with other deserving players.

“Colin was still available but for the World Cup only and wasn’t available for any other tours at all. We talked through that decision, and in the end, we’ve had a lot of success with guys in our T20 squad the last six months. We know Colin’s been a fine player and still is a fine player.

“I’m pleased he’s frustrated. When you’ve got a lot of quality players around you can’t fit everyone into 15… Yes, I have spoken to Colin about a week ago so, he’s clear on where he sits.”