Mark Boucher issues apology for offensive behaviour in the past 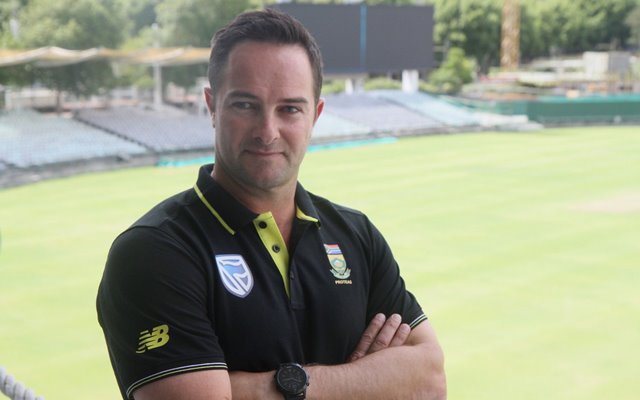 South Africa head coach Mark Boucher has admitted to the regressive culture of the national team back in the late 90s. For the unversed, several former South Africa players alleged they were not welcomed in the team. A former spinner, Paul Adams revealed he was nicknamed Brown S*** by his South Africa teammates.

Admitting to the charges of alleged racism, Boucher blamed lack of maturity and consciousness in the team. He also accepted being part of the group that used to sing Brown S*** song at meetings and post-match celebrations.

The former wicketkeeper-batter issued an apology and said he regrets his action and is ready to have a one on one discussion with the players he offended.

Earlier, South Africa limited over skipper Temba Bavuma said that Boucher had addressed the team and provided clarity on the accusations against him. He further lauded the SNJ hearings and said it gives the players an opportunity to open up on their grievances of the past and provide moral support.

“I’d be lying if I said it didn’t have an impact on us as a team,” Bavuma told an online press conference on Monday. “It’s publicly known that members of the team have been named in testimony in the SJN. Our coach, Mark Boucher, has addressed us as a team speaking to the accusations against him. He provided clarity and context, and I think it was more about keeping the guys within his confidence and comfort.

“As much as we operate as a team and we try to control everything that’s within our circle, those type of matters do come up within the team. For us it’s important that we deal with it internally and ask whatever hard questions that we need to ask of each other to make sure that we can keep growing within the team.”