Mayank Agarwal calls this Punjab player the “leader in the team” 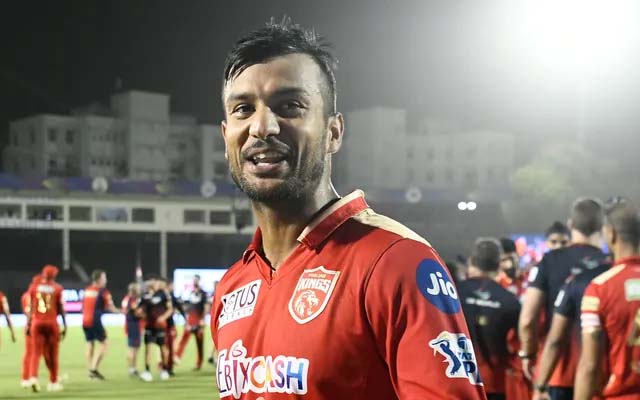 Punjab were absolutely sensational in the 60th game of the Indian T20 League 2022 as they completely demolished Bangalore. They beat the Faf du Plessis-led side by 54 runs. This victory has ensured that they continue to be in the race to the playoffs.

With six wins in 12 games, the Punjab-based franchise are currently placed sixth on the points table. One of the main reasons for their victories in this edition is the performance of Arshdeep Singh. The youngster has been absolutely brilliant in this season so far. He has been one of the most impactful players for Punjab this time around.

Despite not regularly picking wickets, he has made it a habit to control the flow of runs, and has been fabulous during the death overs. Arshdeep had picked seven wickets in 12 games, and has an economy rate of 7.69 in the ongoing 15th edition of the league. Thus, Punjab's skipper Mayank Agarwal had heaps of praises for him. As a matter of fact, he stated that he is the "leader" in the team.

"Arshdeep Singh is a very very energetic person, very confident guy (Arshdeep). Enjoys his cricket. Must say he's the leader in the team. He rallies around everyone, takes up the responsibility, even goes up and speaks to the bowlers sometimes," said Mayank Agarwal during the post-match presentation.

In the meanwhile, the Karnataka batter also drew light on the game. He appreciated Jonny Bairstow and Liam Livingstone for their respective half-centuries. The 31-year-old also spoke about the need to be adaptable and flexible. Further on, he spoke about his batting position as well, and how he doesn't mind batting down the order.

"We were brilliant with the bat. Wicket was holding up a bit. The way Jonny and Livi batted, was amazing. We haven't changed a lot to be honest, just about understanding few situations, understanding the wicket. Have to be adaptable and flexible which we have been, which is nice. Can't be too defensive with the ball.

If batsmen get going, it doesn't matter, the boundaries don't matter these days. Two points the most crucial thing for us. As long as the job gets done, I'm fine batting at five," he added.