Mitchell Santner ruled out of the second Test against England 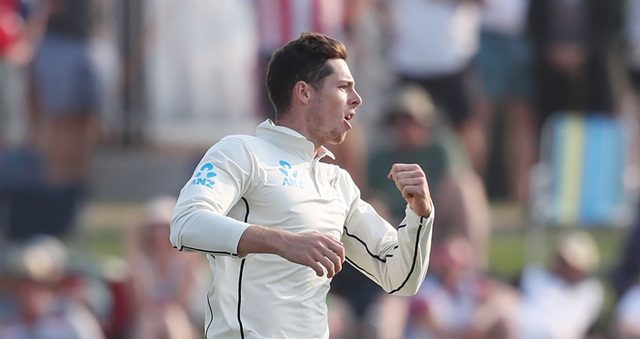 New Zealand has suffered a massive blow as Mitchell Santner has been ruled out of the final test due to a cut in his finger. Ahead of the last test match, New Zealand's coach Gary Stead has given some updates regarding the squad selection. However, the team might also have to face another blow regarding Kane Williamson. The skipper is currently being monitored for an elbow injury in the left elbow. Kane Williamson has been dealing with his elbow issue for quite a few months now.

The batsman had earlier been ruled out of the ODI series against Bangladesh at home and had also subsequently missed a few matches of IPL 2021. The decision regarding Kane Williamson's availability in the next game against England will be taken soon. Kane Williamson managed to score 13 and 1 in the two innings. The Kiwis are set to play against England in the 2nd Test match at Edgbaston from June 10.

Trent Boult available for selection for the second Test against England

These injury concerns are significant in terms of the ongoing England tests and the aspect of the World Test Championship (WTC) Final. Apart from the injury concerns, Gary Stead has also stated that not all the fast bowlers who played in the first test will get to feature in the game. Thus, this means that either Kyle Jamieson, Tim Southee, or Neil Wagner will have to miss the last Test match against England. The decision is taken keeping in mind the final clash of WTC as New Zealand would want all their premium players fit for the encounter against India. However, the NZ coach has said that pacer Trent Boult might get a chance to play in the second game after completing his quarantine period.