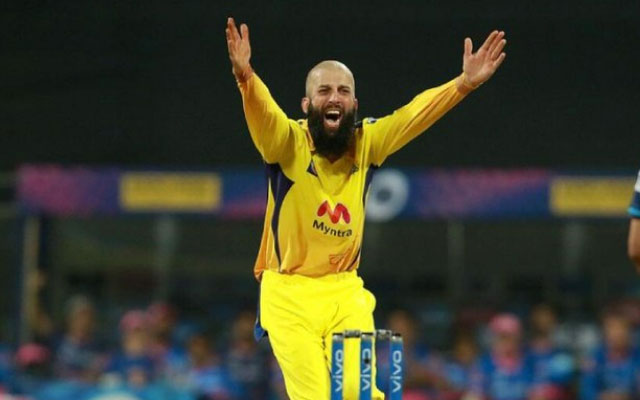 Chennai all-rounder Moeen Ali’s visa fiasco has finally come to an end as he has been granted the visa to play in the Indian T20 League. Ali had applied for the visa around four weeks ago, however, the Indian High Commission in London didn’t approve the same for unknown reasons. His father, Munir expressed his disappointment and added that he doesn’t understand why the left-hander’s visa has been delayed.

“It’s terrible but we can’t do anything. Moeen has played in India a good few times so I don’t see why he has not been granted the visa yet. We are hoping he will get the visa soon,” said Moeen Ali’s father Munir Ali as quoted by CricBuzz.

Ali’s delay in Visa ensured that the all-rounder couldn’t be available for Chennai’s first game against Kolkata on March 26. While Ali has been granted the visa, he will have to serve three days in quarantine after landing in India and will only be available for selection from Chennai’s second match against Lucknow on March 31.

On the other hand, Kasi Vishwanathan, the CEO of the franchise, said that Moeen will arrive in India on March 24. “He will arrive in Mumbai in the evening and will straight away go into isolation,” he said. He added that the team is happy after the visa uncertainty has ended.

“He will not be available for the first game against Kolkata Knight Riders but we are happy that all the uncertainty has ended,” added the franchise CEO.