‘Mohammad Amir should apologize to Harbhajan Singh for the misbehavior’: Saeed Ajmal 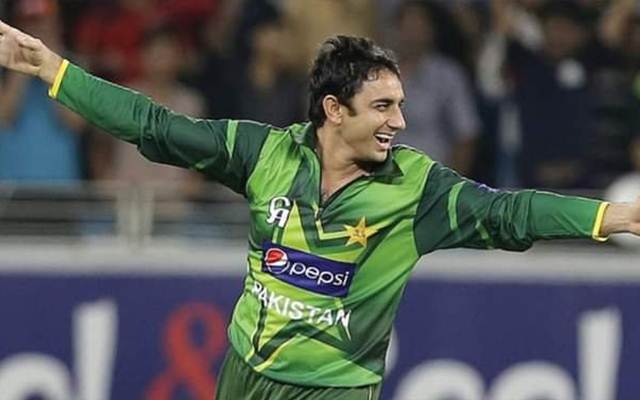 Former Pakistan off-spinner Saeed Ajmal is not happy with the way things panned out between Harbhajan Singh and Mohammad Amir on Twitter after Pakistan thrashed India by 10 wickets in the ongoing 20-20 World Cup. Ajmal feels the former Pakistan pacer should apologize for the inappropriate language he hurled at Harbhajan.

Amir started the banter on Twitter by sharing an old video of Harbhajan in which Shahid Afridi smashed him for four sixes in a Test match. Amir mocked the former India off-spinner by telling him how it is a sin to concede four maximums in an over in Test cricket. Harbhajan hit back at Amir and reminded him of the spot-fixing scandal for which Amir was suspended for five years. Amir then stooped low and started using derogatory language.

The 44-year-old feels there should be respect between players. Ajmal also feels Harbhajan and Shoaib Akhtar were having a friendly banter and Amir did the mistake by jumping between the two legendary cricketers.

“Players should treat each other in a nice manner because sports bring people together. I think Amir made a mistake by jumping into that conversation [between Shoaib Akhtar and Harbhajan Singh], and he should apologize for it. It was a discussion between two great cricketers, and Amir made the wrong choice by getting involved in it,” said Ajmal while speaking to Cricket Pakistan in an exclusive interview.

Harbhajan had mocked Akhtar by reminded him of Pakistan’s history in World Cups ahead of the IND vs PAK clash. The Men in Green failed to beat India in 12 previous attempts in the World Cups. The tables though turned in 2021 and Pakistan finally broke the jinx. Post the win, Akhtar trolled Harbhajan and told him to tolerate this defeat by Pakistan.