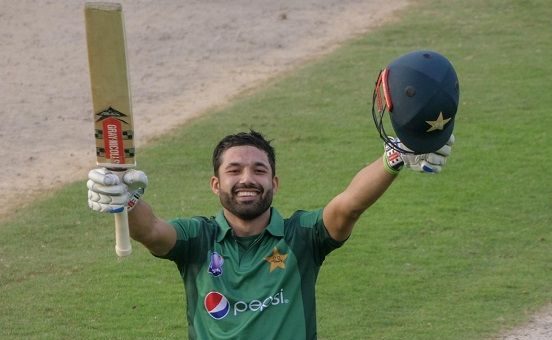 Mohammad Rizwan scored an electrifying match-winning knock of 89 runs in the third T20 match against New Zealand. The 28-year-old lead Pakistan cricket team to the first win of their tour to New Zealand.

Mohammad Hafeez, on the other side, also continued his excellent form with the bat. Faheem Ashraf three wickets haul avoided a series whitewash against the Kiwis. It was a much-improved performance from the visitors after the defeat in the first two encounters.

Pakistan won the toss once again but this time the visitors decided to bowl first against New Zealand. After a good start by the hosts, team Pakistan bounced back and dismissed Guptill, Williamson, and Seifert quickly.

However, Conway and Phillips then shared an excellent stand to put the Black Caps back on top. The Pakistani bowlers kept taking wickets at regular intervals and restricted the hosts to 173 for 7.

Ashraf was Pakistan's star bowler as he took three crucial wickets for just 20 runs in his four-over spell. His deliveries made him a nightmare for the Kiwi batsmen to deal with.

Besides that, Afridi and Rauf also picked up two wickets each. Conway was New Zealand's top-scorer. He smashed 63 runs off just 45 balls before being dismissed by Rauf.

With a difficult task of chasing 174, Pakistan made a quick start with Mohammad Rizwan taking the initiative. He was almost dismissed twice, but the batsman kept his composure. He justified the selectors' faith in him in recent months.

Mohammad Rizwan shared a 72-run partnership with Hafeez to put the visitors in command. After the dismissal of Hafeez, the line-up sparked a bit of a collapse. The other batsmen failed to settle in, but Rizwan kept hitting the big shots to keep his team in the contest.

Pakistan needed 11 from the last 12 balls. The Kiwis made a comeback with three wickets in just eight balls. Iftikhar Ahmed enhances and hit a massive six to seal the win for Pakistan.

The Kiwis will find some encouragement as they managed to grab the series comfortably. They came very close to completing a clean sweep and changing they did throughout the series.

The chase was Pakistan's fourth-highest total in the shortest format of the game. This performance will give both the sides some much-needed confidence and momentum in the upcoming Test series.