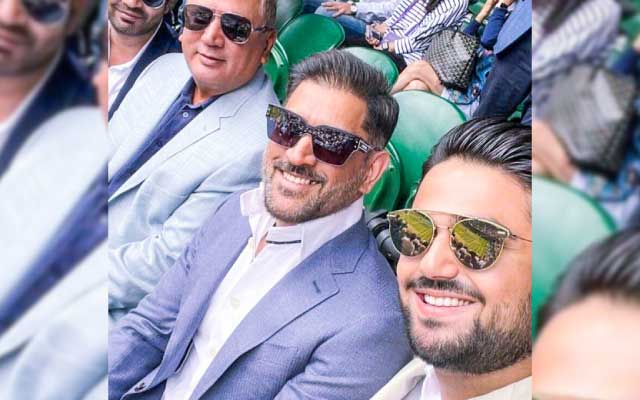 Former India captain MS Dhoni was at the Centre Court to watch Rafael Nadal and Taylor Fritz play in the Wimbledon men’s quarterfinals on Wednesday. The veteran cricketer would have enjoyed his time during the game as it went down to the wire. The 22-time Grand Slam winner, however, emerged victorious as he beat Fritz in the 10-point tie-breaker in the final set.

Here are the tweets

As for Dhoni, he is currently celebrating his 41st birthday. The veteran cricketer was last seen in the Indian T20 League 2022. While there have been many doubts about his availability for the upcoming season, Dhoni has confirmed that he would compete in the tournament again next year.

“Well, I think, definitely. It’s a simple reason. It will be unfair to not play in Chennai and say thank you. Mumbai is one place where, as a team and as an individual, I have got a lot of love and affection. But, you know it won’t be nice to the CSK fans,” he told Ian Bishop at the toss during Chennai’s last game in the Indian T20 League 2022.

Meanwhile, several cricketers have wished Thala MS Dhoni a happy birthday. “Happy Birthday to my big brother. Thank you for being my biggest supporter and mentor in every phase of life, may god bless you and your family with good health always. Much love to you mahi bhai. Wishing you a great year ahead!” Suresh Raina tweeted.