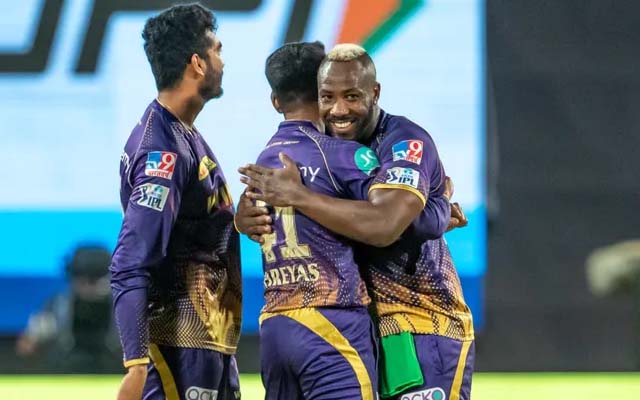 Kolkata beat Hyderabad by 54 runs in the 61st match of the Indian T20 League 2022. The win was very crucial for the team to keep their playoff hopes alive. A perfect bowling display never let Hyderabad settle during their chase. With the victory, Kolkata climbed to the sixth position on the points table.

Winning the toss, Kolkata decided to bat first at the MCA Stadium. To begin with, the wicket appeared to be suitable for batting. After losing Venkatesh Iyer (seven) early on, Nitish Rana (26) and Ajinkya Rahane (28) built a good partnership. They added 48 runs together before Umran Malik dismissed both in the same over. After eight overs, the Shreyas Iyer-led side scored 72 runs in eight overs.

Following that, Kolkata lost two more wickets in quick succession. However, a partnership between Sam Billings and Andre Russell helped them get some momentum. They kept the scoreboard ticking and scored a few boundaries. The duo added 63 runs for the sixth-wicket partnership. Bhuvneshwar Kumar finally got the breakthrough in the 19th over as he dismissed Billings (34) for a team score of 157. In the end, Russell muscled a few sixes in the final over to help the team reach 177 runs. He remained not out on 49 runs in 28 balls.

Hyderabad got off to a slow start in the chase. Kane Williamson was struggling to get going, while Abhishek Sharma hit a few good strokes. However, the orange army scored 31 runs in the powerplay after losing Williamson (nine). The players to follow were under pressure, and lost their wickets trying to score quick runs. None of the Hyderabad batters were really able to go on and get a big score.

Aiden Markram (32) then hit a few good shots to keep the hopes alive but couldn't hold for long. Umesh Yadav dismissed him in the 15th over. Hyderabad now needed 78 runs in the last five overs. Towards the end, Kolkata's target proved to be too much for the Hyderabad-based franchise. Besides, they were never in the game. Hyderabad only scored only 23 runs in the final five overs and lost three wickets. Thus, they fell short of their target by 54 runs.

Andre Russell has been One Man Army fir the Knightriders throughout the tournament and this match was no exception. Best batting and bowling figures in the match.#AndreRussell #OneManShow #KKRvsSRH #IPL2022 #tataipl

Absolutely amazing win this 👏👏👏👏
Really much needed this win to stay alive in playoffs. This win will definitely back confidence and do much better performance in next game. #KKRHaiTaiyaar #KKRvsSRH

What a night for Andre Russell:

5th consecutive loss for #SRH, is another captaincy change on cards? #KKRvsSRH #IPL2022

All or nothing for them this season 🙄😳#KKRvsSRH #IPL2022