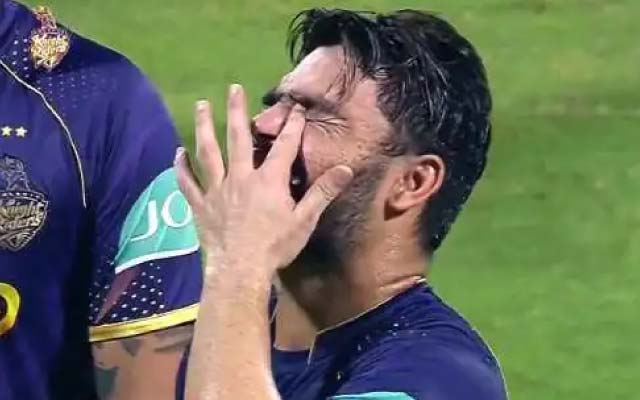 Rinku Singh has impressed everyone with a couple of brilliant cameos in the Indian T20 League 2022. However, prior to this season, Singh did not get many chances to play in the tournament. The Kolkata team acquired the left-handed batter in the 2018 mega auction but he failed to become a regular member of the team. In 2021, he also suffered a knee injury and was ruled out of the first leg of the tournament.

The 24-year old has now opened up about his struggle in his career. He said that the Kolkata team has put a lot of trust in him, despite him not giving good performances initially. “Those five years were really tough for me. After the first year, when I was picked for KKR and I got a chance to play, I couldn’t perform well. Still, KKR trusted me a lot and they retained me for the next couple of seasons,” he said in a video shared by Kolkata.

He admitted that the six to seven months that he spent away from the game were very hard on him. He talked about the feelings he had when he was injured and revealed that the news that he won’t be able to play in the Indian T20 League 2021 shattered him. “I trained hard the way my body language is. The team never thought I was down. Last year was quite tough for me as I got a knee injury during the Vijay Hazare Trophy while running a double. The moment I fell, I thought of the IPL. They told me I needed an operation and would require 6-7 months to recover,” he said.

“I wasn’t happy staying away from cricket for so long. My father didn’t eat for 2-3 days. I told him it was just an injury and it’s part of cricket. I’m the sole breadwinner of my life and when such things happen, it is bound to be worrisome. I was a bit sad, but I knew I would recover quickly as I had a lot of self-belief,” he further added.

Rinku Singh had an outstanding game against Lucknow where he almost snatched win for the team from the jaws of defeat. He scored 40 off 15 balls before being dismissed in the last over. The wicket cost Kolkata the game as well.