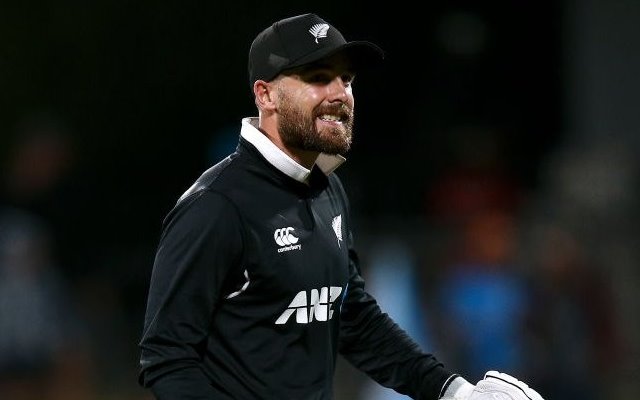 New Zealand have been dealt with a huge blow ahead of the three-match ODI series against Pakistan. Their opener and the wicketkeeper Tom Blundell has been ruled out of the series after sustaining an injury during the T20I series against Bangladesh. Daryl Mitchell will replace him in the squad and will be available from the second ODI.

Mitchell was only the part of T20I squad earlier and is currently serving the mandatory quarantine period. He made his debut in ODIs earlier this year against Bangladesh at home and also slammed a brilliant ton in the third game. As for Tom Blundell, this is a missed chance having played only two ODIs against India at home last year in February and scored 31 runs.

“Tom’s been working hard since the injury in Bangladesh. The injury’s not quite where we want it so we think it’s best for him to concentrate on his rehab given the big summer of cricket ahead,” New Zealand physio Nishil Shah said according to ESPNCricinfo.

Meanwhile, New Zealand’s coach for the tour Glenn Pocknall admitted that it was hard on Blundell to miss out on the ODI series. However, the visitors are hopeful that he recovers on time for the subsequent T20I series. New Zealand’s Pakistan tour will commence on September 17 with the ODIs set to be played in Rawalpindi.

“Obviously everyone is gutted for Tom, he’s a quality player with a diverse skill-set. He’ll remain with the squad and we’re hopeful he’ll be available again for the T20I series. We’re fortunate to have someone of Daryl’s quality to join us early for the ODIs. He’s shown last summer what a destructive batsman he is, while also offering another useful bowling option.

“With Tom out, we do lose our first choice back-up wicketkeeping option. However there are several guys in the squad with keeping experience and we’ll ensure they do the necessary work at training to be up to speed if called upon,” Glenn said.