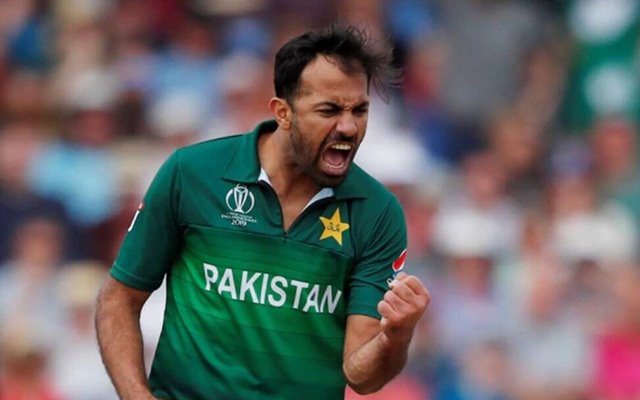 India-Pakistan haven’t played against each other since the ICC Cricket World Cup in 2019 thus when the two arch-rivals were pitted in the same group for the T20 World Cup 2021, the excitement of the fans knew no bounds. Pakistan have never tasted victory against India in World Cups but if words from Wahab Riaz have to be taken, the streak could end this time around.

“They definitely have the ability to achieve that result. If Pakistan plays to its potential, then they can beat any team in the world including India. Twenty20 cricket is such a format that the whole match can turn in the space of a few balls or even one incident and the Pakistan versus India match will be no different. If Pakistan play at their best, they can certainly beat India,” Wahab said.

Riaz said that Pakistan batsmen are well aware of the conditions in UAE as they play most of their cricket in the Arab nation. The left-arm pacer also opined that Pakistan is one of the top contenders to win the title.

Riaz has been out of favour for a while and was sidelined for the team’s tours to England and West Indies. The pacer though is not concerned and believes that his job is to do well for his team wherever he plays. He said getting picked in the Pakistan squad or not is a call that will be taken by the Pakistan selectors.

“If it was up to me, then yes you will. But it’s up to the selectors who they want included in the side and who they think will provide the maximum utility. As a player, all you can do is to perform and that’s what my aim is and that’s what I am doing around the world. Lately I’ve played in the Pakistan Super League (PSL), and I have showed what I am capable of, and I don’t think I have to prove it again and again. Regardless of what they feel, I am performing well wherever I am getting a chance to play. So, let’s see what the selectors have in mind and whether they want me to be a part of future squads is totally up to them,” he concluded.