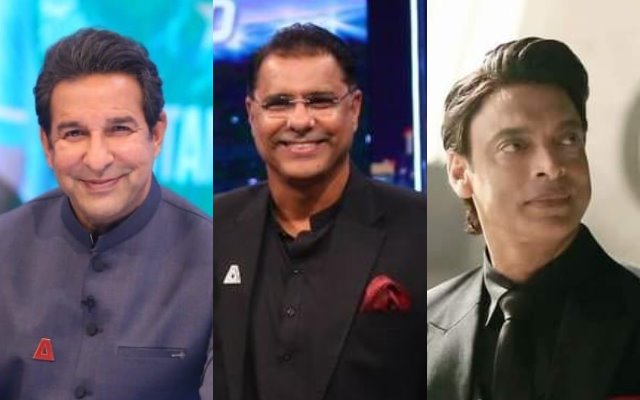 Legendary Pakistan fast bowlers Shoiab Akhtar, Wasim Akram, and Waqar Younis have rubbished claims of match-fixing during India vs Afghanistan game. Few unsporting fans started #WellPaidindia and #FixedMatch on social media platforms after India hammered Afghanistan by 66 runs. Notably, this was a must-win game for India to keep their hopes alive for the semifinals.

Afghanistan had been impressive in the previous game and many were expecting to give India a run for their money, if not beat them. The Virat Kohli-led team’s strong showing against Afghanistan didn’t go well with a few fans. Not only fans, but even a few renowned also started retweeting the baseless claims.

India put on a dominating performance with the bat and posted a humongous total of 210. In reply, Afghanistan failed to get any sort of momentum and could post only 144.

Shoaib Akhtar requested the fans to stop saying negative things about Afghanistan and said India won because they are a strong side and played better cricket.

"it is not right. Please do not run this trend." "India could be potential contenders of the semi-finals by winning the next two matches convincingly."

Wasim Akram also echoed Akhtar’s sentiments and people like controversies and that's why they hype such trends based on baseless theories.

"I don’t know why we like to create such conspiracy theories? India are a very good side, and they just had a bad start to the tournament. Rohit Sharma is one of the best players in world cricket. Afghan bowlers probably got frozen, we must understand that,” Akram said in his post-match analysis shown on A Sports.