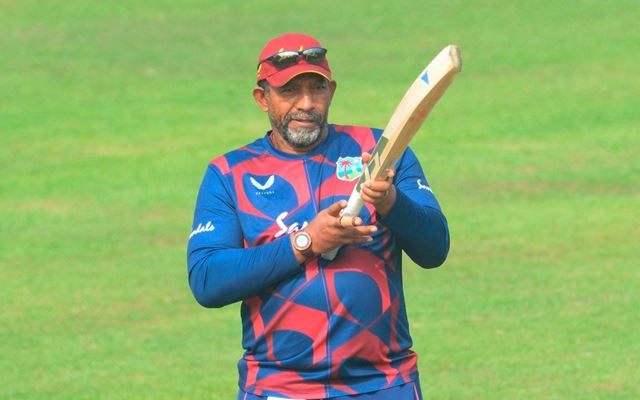 West Indies coach Phil Simmons sets sight on his next goal as his team will play a three-match ODI series against Australia starting on Wednesday, 21 July in Barbados. The home team’s top-order batters performed well against Sri Lanka in all three ODI matches while batting second after failing to replicate the same performance against Bangladesh in their 0:3 loss earlier this year.

While Simmons lauded the West Indies' top-order batters' efforts by getting the job done against the Island nation, the 58-year-old wants them to repeat the same performance against Australia in the three ODIs.

Shai Hope, Evin Lewis, and Darren Bravo all the three batters contributed to scoring hundreds in the series against Sri Lanka and Simmons wants the trio to show the same amount of consistency by batting deep.

"We are looking for the way we batted to continue and, improvements have to be made in the middle overs from 20-39 for us to get from 280-290 to the 320-330 we'll need against Australia," Simmons said. "We've been discussing that since the Sri Lanka series so now it's time to put it into action,” he said to ESPN Cricinfo.

Simmons further opined that he wants at least one among Hope, Lewis, and Bravo to kick on and help the team post 300 to 320. While the Sri Lankan team was a bit weak, Australia will pose an altogether different challenge and the 58-year-old wants his batters to show more consistency.

"It's been great [that] in the last series the top three all got hundreds and what we are asking of them now is one of the top three carry on until the end so we get to that 320-330," Simmons said.