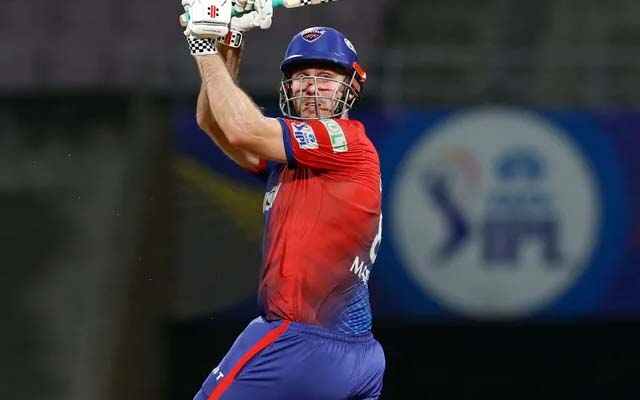 In the 58th match of the Indian T20 League 2022, Delhi comfortably defeated Rajasthan by eight wickets. The Australian pair of Mitchell Marsh and David Warner sealed the Delhi team's victory. With this win, the Rishabh Pant-led side ensured that they are still in the race for the playoffs

Delhi won the toss and decided to bowl first at the DY Patil Stadium. Rajasthan batted first and lost an early wicket in Jos Buttler (seven), but an unusual choice of playing Ravichandran Ashwin at number three provided stability. He took his time in the middle, while Yashasvi Jaiswal (19) also supported him to an extent. The duo added 43 runs, and looked comfortable, to say the least. Ashwin played a brilliant game and attacked spinners on a track that was slow.

He raced to his first-ever half-century in the Indian T20 League However, he could not hold on for long as Mitchell Marsh took his wicket on the first ball of the 15th over. He scored 50 runs in 38 balls. Devdutt Padikkal, after that, controlled the innings. However, he did not get much support. With wickets tumbling at one end, Padikkal (48) tried to hit the big shots, but lost his wicket to Anrich Nortje in the 19th over. In the end, the men in pink and blue scored 160 runs in the first innings.

Delhi also lost an early wicket in KS Bharat. However, with Mitchell Marsh joining David Warner in the centre, the Rishabh Pant-led side gained a crucial partnership. The Aussie all-rounder played a gem of an innings, while David Warner had a few lucky chances and thus, was on the back foot. Nevertheless, he eventually settled in the centre and began scoring runs at a good rate. Marsh, in the meantime, raced to his half-century.

With 17 runs needed in three overs, Yuzvendra Chahal finally broke the 144-run partnership. He got the wicket of Marsh (89) on the first ball. In the end, Warner hit a four in the 19th over to complete his half-century and win the match for his team.

This is the first time a team had alternating wins and losses in 10 consecutive matches of a season.#IPL2022 #RRvDC

Well played Mitchell Marsh..
One of the best batting performance on a difficult pitch..some run chase this by @DelhiCapitals #RRvDC #IPL2022

Though Ashwin scored that fifty, RR made a blunder by not sending DDP, Samson, RVD ahead and that made the difference in this crucial game.#RRvDC #IPL2022

Life is like a tournament & you're a team participating in it.
You'll loose some, win some.
Just don't stop trying. #RRvDC #IPLT20